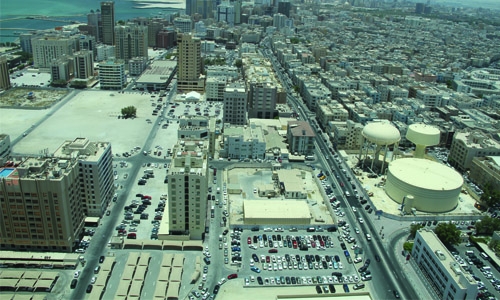 Manama : Corruption alarms are ringing in the Kingdom as a recent official report has revealed millions of wasted public funds and serious administrative violations in government departments.

The revelations were made in the National Audit Office (NAO) annual report for the years 2016-2017. The violations were detected in ministries, general directorates, authorities and major parastatals in the Kingdom. Abuse of power, waste of public funds and serious lapses were detected by the NAO. As per Article 19 of NAO Law, the report was submitted to His Majesty King Hamad bin Isa al Khalifa last Tuesday and the Prime Minister HRH Prince Khalifa bin Salman Al Khalifa on Sunday by NAO President Hassan bin Khalifa Al Jalahma.

It was also delivered to the Legislative Authority and the local press yesterday. In the weekly Cabinet session held on Monday, the  Premier instructed to refer the NAO report to the Executive Committee, chaired by the Crown Prince, Deputy Supreme Commander and First Deputy Prime Minister HRH Prince Salman bin Hamad Al Khalifa to oversee the verification of its substantial remarks and recommendations.

It indicated that a retired director in the ministry continued receiving his monthly salaries and bonuses for four years after retirement, from 2012 to 2016. The total amount received by the retiree was BD138, 000 as mentioned in the report. “The former director was paid salaries without benefiting from his services and in his absence on the job,” the report read.

One of the several violations detected by the NAO at the House of Representatives was the hiring of an unqualified female employee and paying her a BD600 salary. Two months later, she was permanently employed and received a raise of BD155. The report mentioned that the woman was hired without interviews or tests with other candidates for the position, as stipulated by the provisions of the employees’ affairs of the council. No advertisements were published in any newspaper or through private recruitment agencies.

The leaked bits and pieces of the violations mentioned in the report on local social media networks yesterday created a wave of disappointments among Bahrainis, who called for holding the parties responsible for exploiting public funds accountable.

Some MPs also pledged to utilise their constitutional and parliamentary jurisdictions, such as forming investigative committees and even questioning ministers, for the same purpose of ensuring accountability of the parties involved.

Another violation detected by NAO at the General Directorate of Traffic was the non-collection of traffic fines of some traffic offences and small accidents, resulting in the accumulation of a huge BD9 million.

The report also showed that 69,000 accidents were settled and the amounts of the fines due are estimated to be BD10 million.

No record of medicines

The report revealed that Health Ministry was not documenting the quantities of medicines available in health centres. It mentioned that “this would open new doors for misuse and exploitation of the medicines”.

NAO report showed that the special committee formed in Health Ministry to investigate medical errors only met seven times in the period between January 2014 and April 2017. The report highlighted that “this is only 18 per cent of the number of meetings that the committee was supposed to hold during this period, as mentioned in its formation resolution”.

“This has contributed to the delay in the examination and processing of some communications and has prevented corrective action to be taken in a timely manner to reduce the recurrence of the causes of such communications,” it was added in the report.

The Electricity and Water Authority (EWA) did not disconnect power supply to some consumers in spite of them owing huge amounts to the Authority. It was unveiled in the NAO report that EWA reconnected the power to a consumer owing BD66,517 to the Authority, while the consumer did not pay the arrears.   “The NAO has recommended that the EWA complies with the provisions of the Standard Financial Guide to take the necessary measures against consumers who haven’t paid their arrears for long periods, to collect all debts owed to the authority and to not reconnect the electricity to consumers who fail to pay until they meet the conditions and pay the debt balance owed to them.”