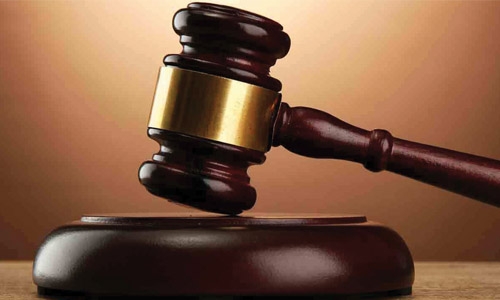 Five accused to face trial for forcing maids into prostitution

Manama : Five people accused of cheating and forcing female domestic workers into prostitution will soon stand trial before the criminal court on charges related to human trafficking, rape, abduction and other crimes.

This was revealed yesterday by Deputy General Attorney at the Public Prosecution Abdulla Al Thawadi.

The five defendants, who have been referred to the First High Criminal Court, will stand before the judges on October 12, Al Thawadi said in a press statement.

According to Al Thawadi, five Asian women reported that they came to the Kingdom to work as housemaids and escaped from their sponsors after the defendants tempted them promising better jobs.

Soon they discovered that the defendants cheated them and transported them to different apartments in the country.

The matter surfaced when one of the victims escaped through the window of one of the apartments that they were locked in. She randomly knocked on neighbours’ houses. One of the neighbours took the woman to the nearest police station and reported the incident. Intensified investigations led to the identification and arrest of the five suspects.

They were accused of trafficking in persons, rape, kidnapping, unlawful detention, robberies, assaults on the safety of others and the practice of prostitution.

Attacked woman to be moved to Dar Al Aman