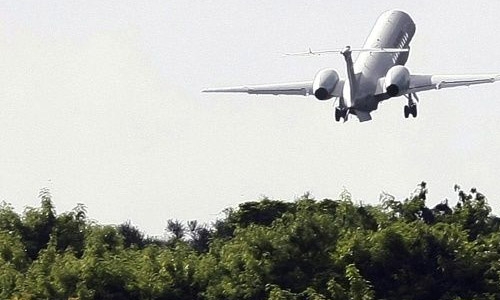 New York : Rising temperatures due to global warming will make it harder for aircraft to take off in coming decades, a US study warned Thursday weeks after heat-related groundings in Arizona.

Scientists warn that if planet-warming emissions continue unabated, aircraft fuel capacities and payload weights will have to be reduced by up to four percent on the hottest days for some aircraft.

During the hottest parts of the day, 10 to 30 percent of fully loaded planes may have to remove some fuel, cargo or passengers, or wait for cooler hours to fly, said the study published in the journal Climatic Change.

"The sooner climate can be incorporated into mid- and long-range plans, the more effective adaptation efforts can be."

A four-percent weight reduction could mean 12 or 13 fewer passengers on an average 160-seat aircraft operating today.

As air warms, it thins and wings generate less lift. Depending on factors such as type of aircraft and runway length, a packed plane may be unable to take off safely if temperatures rise too high.

The problem will be particularly prevalent during heatwaves. The study projected annual maximum daily temperatures at airports worldwide to rise four to eight degrees C (7.2 to 14.4 F) by 2080.

Co-author and Columbia climatologist Radley Horton said some effects could be mitigated with new engine or body designs, or expanded runways.

Extreme temperatures prompted American Airlines to ground 43 flights to and from Phoenix Sky Harbor Airport on June 20, when temperatures were set to reach a record 120 degrees Fahrenheit (49 degrees Celsius).