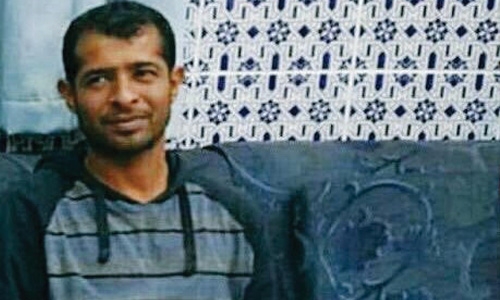 Manama : A Bahraini man who was found dead in a farm located in Al Hajar village in the Northern Governorate on Monday is believed to have died while planting a bomb.

Criminal Investigation and Forensic Science had revealed that the death was a result of a bomb blast, without giving more details of the incident. Sources told DT News that the man was identified as Nabeel Abdullah Ahmed Al Sameeh, 40  and that he was on his way to plant the bomb he possessed.

“The bomb was given to him by one of his relatives and while he was crossing the Al Hajar Village, the bomb blasted in his hand leading to his death. An investigation has been launched by the concerned authorities on the death as some of his relatives have been previously been investigated on similar incidents like these,” sources informed.

Following the incident, Interior Ministry further issued a statement saying, “The Director-General of Criminal Investigation and Forensic Science has said that an initial investigation into the body found in a Hajar village farm on June 19 showed the death was the result of a bomb blast. Investigations are continued to obtain more details about the case for the necessary security and legal steps. The Public Prosecutor had been informed.”

This is not that the first time that a Bahraini dies while planting, manufacturing or transporting explosives.

In July 2015, an 18-year-old was announced dead on the spot when an Improvised Explosive Device (IED) he was planting near East Eker exploded in his face.

In 2014, a homemade bomb exploded in Muqsha village in the Northern Governorate, while three teenagers were transporting it to another location, in order to use it against security forces. Three of them were killed in the incident.

On April 1, 2014, the body of Hussain Sharaf, 20, was found burnt in West Eker in the Capital Governorate. Investigations showed that he died while assembling a bomb that he was planning to use against police.

One year before that, Hassan Abdulkarim, 35, was burnt to death in Sar village in the Northern Governorate, while in the process of manufacturing a homemade explosive.of them were killed in the incident.