On a goodwill mission | THE DAILY TRIBUNE | KINGDOM OF BAHRAIN 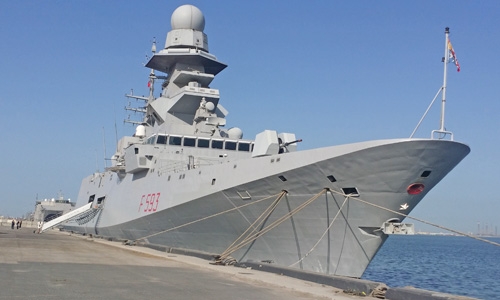 On a goodwill mission

Manama : ITS Carabiniere, an Italian warship, called at the port of Mina Salman on a goodwill visit yesterday, as part of its deployment to the Middle East. The ship will remain in Bahrain until Wednesday.

During its stay in Bahrain, ITS Carabiniere will participate in a series of interactions with the Bahrain Navy.

“Italy is keen on increasing its presence here with our ships. These kinds of visits are one of the examples of our interest here,” said Francesco Pagnotta, Commanding officer of ITS Carabiniere to DT News, when asked about Italy’s interests in the Middle East.

The warship, a Bergamini-class anti-submarine frigate of the Italian Navy docked in Bahrain after making ports of calls at Saudi Arabia, Oman, Kuwait, Australia, Indonesia, Malaysia and Pakistan. The frigate, which left Italian water in December last year was part of the international fleet that was stationed in the Gulf of Aden to combat international piracy. It is expected to return home by June.

“We are keen to cooperate in anti-piracy operations as well,” said Pagnotta adding that Italy is keen to improve its presence in the Arabian Gulf and its cooperation with Bahrain. 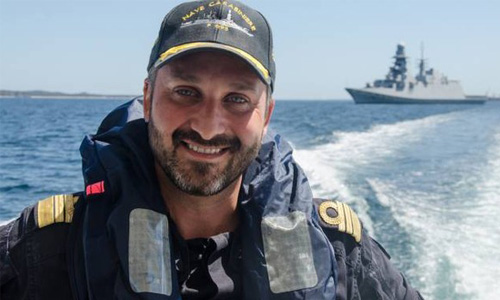 He stressed that the move is aimed at supporting the Gulf cooperation Council (GCC) nations in preserving Maritime security.

“We will always try to improve our presence here, but of course we have to keep in mind the monetary aspects as well.

“I believe it is possible to strengthen our relationship and we will do that in future,” he told reporters while guiding media representative on a tour of the ship, yesterday afternoon.

Pagnotta, who will be meeting many high ranking Bahrain naval officials, said, “We are looking forward to holding a naval exercise with Bahraini ships.  Our cooperation with the Bahrain navy has been long-lasting and it will continue.”

Italy is currently providing training to Bahraini students at it naval academy in Italy.

Explaining more about the deployment of ITS Carabiniere in the Middle East, Pagnotta said that Italy aims to strengthen its on-going cooperation with trans-regional allies and develop relationships with potential partners.

“Main themes of the naval campaign are maritime safety and surveillance, strengthening cooperation and naval diplomacy.”

In this regard, he stressed that the South East Asia and Australia naval campaign, which started from Italy on 20 December 2016, reflects an international vision that converges and outlines this century as the “blue one”.

“The “blue growth” is considered a key factor for sustainable development of the countries where the sea is a key resource for growth, employment and scientific and technological advancement,” he explained.

The deployment has been organised with the support of Fincantieri, Leonardo, MBDA Italia, Elettronica, Telespazio and Drass.

In call with Trump, Xi urges 'restraint' on N. Korea