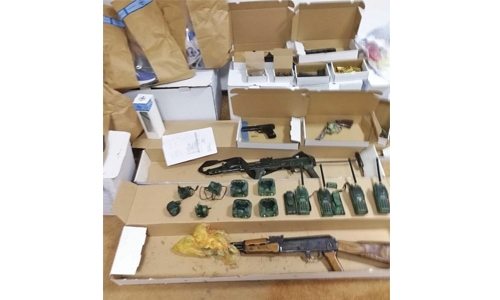 Manama : Bahrain Public Prosecution yesterday announced the arrest of 25 suspects accused of involvement in terrorist activities in the Kingdom, including a deadly jailbreak at Jaw prison.

Those arrested were part of a “terrorist organisation” that includes 54 members, some of them fugitives in Iraq and Iran --  accused repeatedly of meddling in the Kingdom’s internal affairs.

The alleged members include 10 former inmates who escaped in the January 1 storming of Jaw prison, Chief of Terror Crime Prosecution Advocate General Ahmed Al Hammadi said in a statement.

One of them was shot dead last month along with two men as they allegedly tried to flee the country by boat. The 25 detainees have been charged with “joining a terrorist organisation” and “training on using explosives and firearms to commit terror attacks,” Hammadi said.

They are also accused of killing two police officers, including one during the January 1 jailbreak, and the attempted murder of others, as well as importing and possessing explosives and firearms.

The suspects were also accused of escaping from jail or helping others to flee and hide. The statement said four suspects denied the charges, while the rest confessed to being guilty.