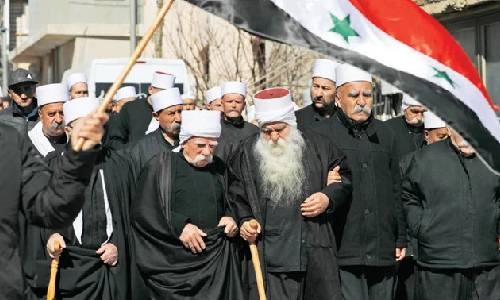 Residents of the occupied Syrian Golan Heights have called on Arab states and the international community to drop Israeli citizenship requirements for travel. Israel annexed the Golan Heights in 1981 in a move that was condemned internationally.

The 30,000 residents of the Golan Heights bear Israeli identity cards similar to those held by citizens of East Jerusalem, where their status is described as residents and non-citizens.

Ayman Abu Jabal, one of the prominent leaders of the Golan community, said: “The lack of a passport for the residents makes them live in a cultural, political, social and economic siege, separating them from their Arab depth.”

After canceling the Israeli citizenship requirement, Egypt also condemned the occupation of the Golan Heights and praised the adherence of the area’s occupants to their Syrian Arab identity. Egypt said it would welcome visitors from the Golan Heights with transit documents and visas.