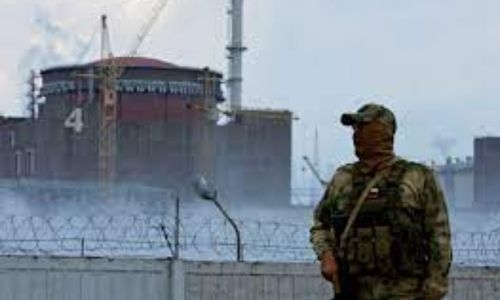 A deputy head of the Russian-occupied Zaporizhzhia nuclear power plant in Ukraine has been kidnapped by Russian forces and is being detained in an unknown location, Ukraine’s state nuclear energy company Energoatom said on Tuesday.

In a post on the Telegram messaging app, Energoatom said the official, Valeriy Martynyuk, had been seized on Monday. The Russian defence ministry did not immediately respond to a request for comment.

Energoatom called on International Atomic Energy Agency chief Rafael Grossi to take “all possible measures” to help free Martynyuk. The IAEA did not immediately respond to a request for comment. Grossi was due to meet Russian President Vladimir Putin on Tuesday, according to the Kremlin.

The incident follows the detention of the plant’s then-chief, Ihor Murashov, on Oct. 1. Grossi announced his release on Oct. 3, after which the IAEA said Murashov would not return to his duties as the plant’s head.

The facility, Europe’s largest nuclear plant, was captured by Russia in the early days of the invasion of Ukraine, but is still operated by Ukrainian staff.

Russia announced plans last week for its personnel to take control of the plant, a move that was rejected by Energoatom chief Petro Kotin. Kotin appointed himself the plant’s director, and said decisions on its operation would be taken in Kyiv.