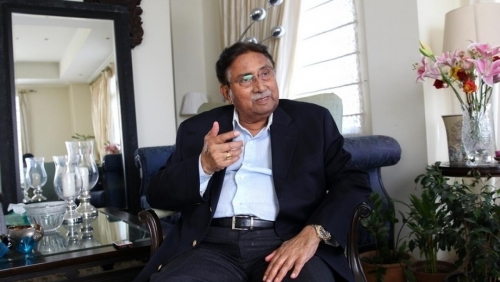 Pakistan's former president and army chief, Pervez Musharraf, may have been granted permission to return home by the government.

In a statement on Sunday, Musharraf's family said that "communications have been received from official and unofficial channels that [Pervez Musharraf's] return to home will be facilitated. We sincerely appreciate these overtures since Pakistan is home."

However, if the former president travels to Pakistan, the family has to consider significant medical, legal and security challenges. The treatment he is receiving in Dubai might not be possible in Pakistan.

In a statement on Twitter, his family said, "An uninterrupted supply and administration of experimental drug Daratumumab is needed alongside associated treatment of Amyloidosis that are currently not available in Pakistan."

The family, on June 10, said that the 78-year-old was unlikely to recover from multiple organ failures and has been hospitalised at American Hospital for the last four weeks due to a complication of his ailment (Amyloidosis).

The family confirmed that he was going through a difficult stage where recovery was not possible and organs were malfunctioning.

The former four-star general, who seized power in a coup 23 years ago and ruled for nine years, left Pakistan in 2016, where he was facing multiple court cases related to his period of rule.

Pakistan's military had also said last week that the former army chief should be allowed to return to the country.