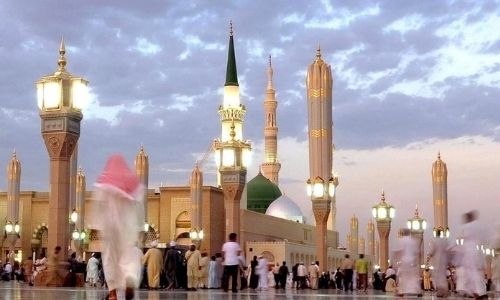 Ahmed confirmed his nephew's arrest, saying that he had just landed in Pakistan after performing the Umrah when he was nabbed. He further said, "None of us were in Saudi Arabia, but cases were still registered [against us]. Residences are being raided after the registration of the cases."

Ahmed said that people could harass Sherif and his delegation whenever they wanted. It is worth mentioning that the former Interior Minister is Pakistan Tehreek-e-Insaf Chairman Imran Khan's close aide.

Meanwhile Saudi police arrested five Pakistani nationals on Saturday for "abusing and insulting" members of PM Shehbaz Sharif's delegation at the Prophet's Mosque in Madinah. The spokesperson of the Madinah Police said that the suspects had been referred to the competent authorities after completing the legal procedures.

"Their actions contradict the sanctity of the place and impact the safety of visitors and worshippers," the spokesperson said.