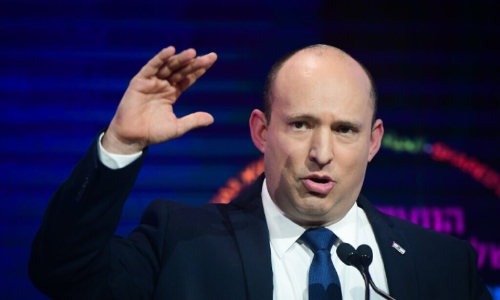 Israel’s Prime Minister Naftali Bennett arrived in Russia on Friday to meet with President Vladimir Putin for the first time for talks expected to focus on Iran.

Naftali took office in June, taking over from Benjamin Netanyahu who was in power for 12 straight years and had close ties with Putin.

As he left for Sochi on Friday, Bennett said Israel’s relations with Moscow are an “important element” of the country’s foreign policy.

He said this was in part due “to the million Russian speakers in Israel, who constitute a bridge between the two countries.”

The visit may be one of Putin’s last face-to-face meeting with a foreign leader before Russia’s new Covid restrictions come into force next week.

The Kremlin has said the 69-year-old will scrap in-person meetings during a nationwide week-long holiday starting October 30 designed to curb record virus deaths.

Moscow is one of the signatories to a 2015 deal that saw sanctions relief for Iran in exchange for limits to its nuclear capability.

Former US president Donald Trump withdrew from the deal in 2018 and reimposed harsh sanctions, leading Tehran to gradually roll back its commitments under the agreement.

Bennett told the United Nations General Assembly last month that Israel “will not allow Iran to acquire a nuclear weapon.”

Putin had congratulated Bennett after he was sworn in and said that Russian-Israeli cooperation would help strengthen “peace, security and stability in the Middle East.”