France, Germany nominate WHO chief Tedros for a second term | THE DAILY TRIBUNE | KINGDOM OF BAHRAIN 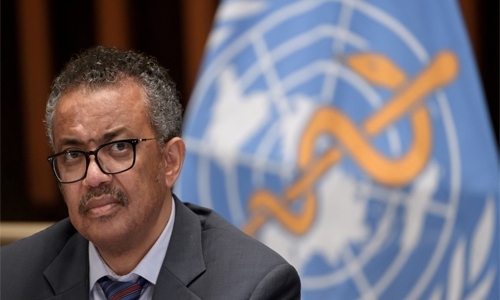 Germany and France said on Friday that they and other European Union countries have nominated Tedros Adhanom Ghebreyesus of Ethiopia for a second term as director-general of the World Health Organization.

This marks the first time that a candidate for the top job at the U.N. health agency has not been nominated by the home country, reports AP.

The election for the next WHO director-general, which carries a five-year term, takes place at the agency’s next annual assembly meeting in May.

The diplomatic missions of France and Germany to U.N. institutions in Geneva announced their support for Tedros on their Twitter feeds after a deadline for candidacies for the director-general post expired on Thursday.

On its website, WHO has said it doesn’t plan to announce the full list of candidates until November, but some diplomatic officials have suggested that he may not have any competition.