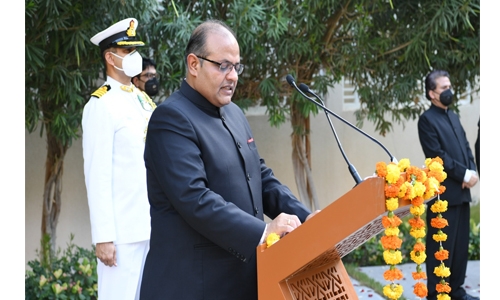 The Embassy of India in the Kingdom of Bahrain celebrated the momentous occasion of the 75th Independence Day of India in a befitting manner yesterday.

Flag-hoisting ceremony was held in the Embassy complex at 7.30 am, followed by the national anthem and reading of the message of Honourable President of India by Ambassador Piyush Srivastava.

The ceremony was telecast live on the Embassy’s social media accounts. Due to the COVID-19 situation and the prevailing local guidelines regarding social distancing norms and restrictions on large gatherings, it was restricted to members of the Embassy.

The Embassy also organised a special event in the evening which saw a virtual gathering of prominent members of the Indian community, Bahraini dignitaries and friends of India and Indian schools in Bahrain.

The virtual event included snippets of flag hoisting at the Embassy, followed by remarks by the Ambassador and K.G.Baburajan, the Pravasi Bharatiya Samman Awardee in 2021. 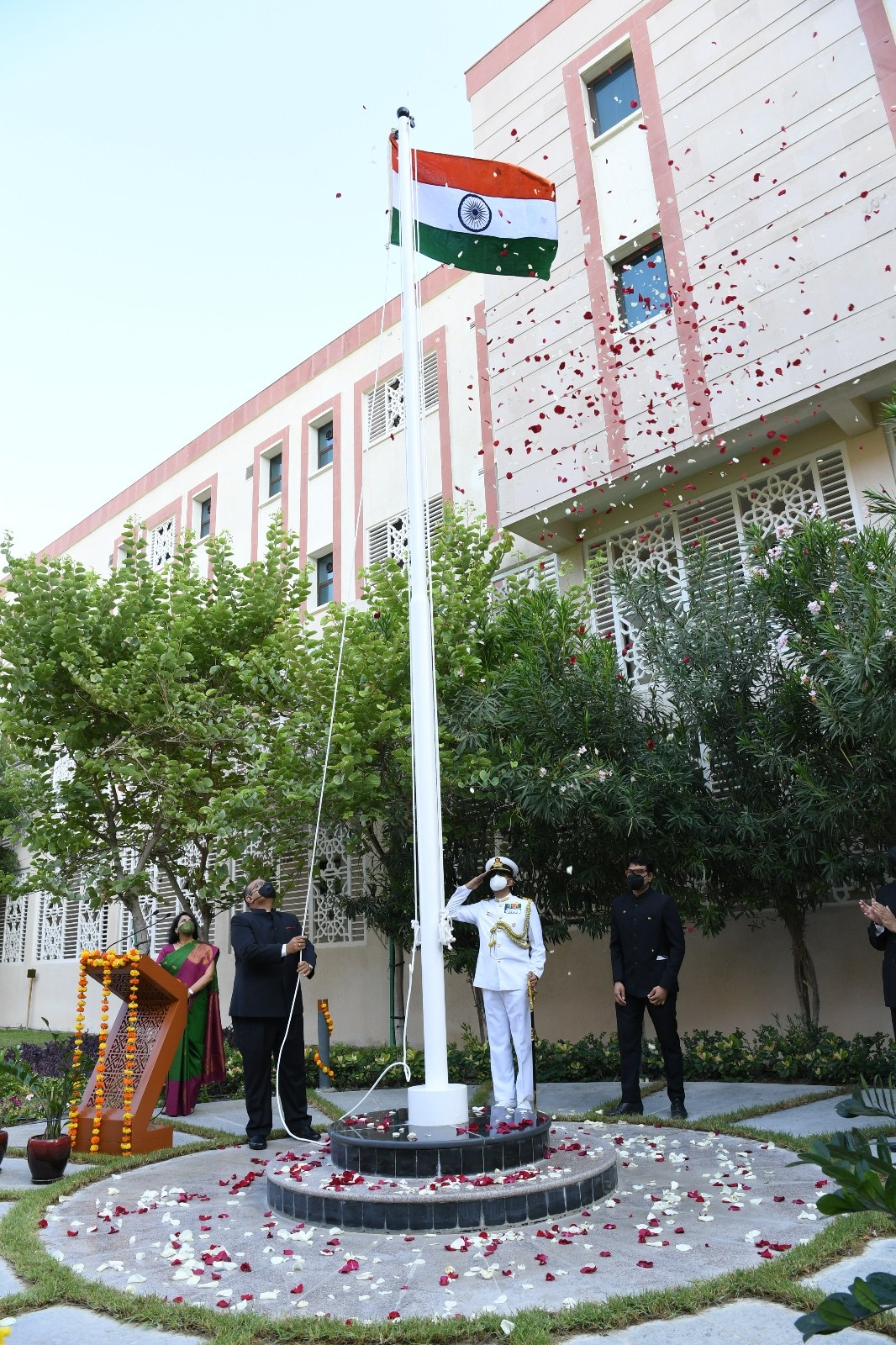 The event was graced by Abdulnabi Al Sho’ala, former Labour Minister and member of the Shura Council, as Chief Guest who gave a keynote address.

A short video clip on India’s history of the independence struggle, cultural heritage, impressive strides in social, economic, industrial and technological advancement was also screened on the occasion. The event was streamed live on the social media accounts of the Mission.

The Embassy building was illuminated with tricolour to commemorate this historic day.

Ambassador Srivastava visited a labour camp on 14 August, during which the Embassy in association with Indian Community Relief Fund (ICRF) also distributed food kits containing dry ration to the needy members of our community