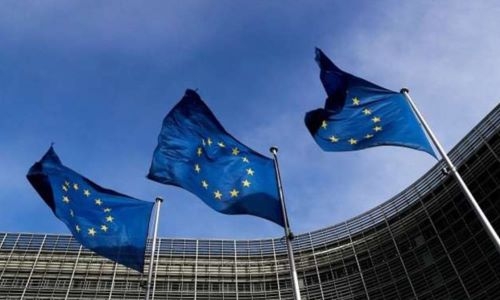 The historic post-Brexit trade deal between the European Union and Britain came into effect on Saturday, as the fifth anniversary of the Brexit vote approaches, the Deutsche Presse Agentur (DPA) reported.

The trade deal - struck in late December - had been provisionally applied since the beginning of 2021 to allow the European Parliament time to ratify it.

The British parliament gave its green light back in December.

This was the final step before the trade agreement could enter into force on Saturday.

The more than 1,000-page treaty covers not just commercial relations, but also competition rules, fishing arrangements, and the future terms for cooperation on policing and justice, transport and energy.

Its main goal is to avoid customs duties and keep trade flowing as freely as possible. However, checks and formalities are still necessary.

Since London's departure from the EU single market at the end of 2020, relations between Britain and the EU have been strained by disagreements on the application of Brexit agreements and on Covid-19 vaccine supplies.

The EU accuses the British side of reneging on its agreements on special trade rules for Northern Ireland by unilaterally extending a grace period for their full application.

The European Commission has started legal action, and the two sides are in talks to resolve the dispute.