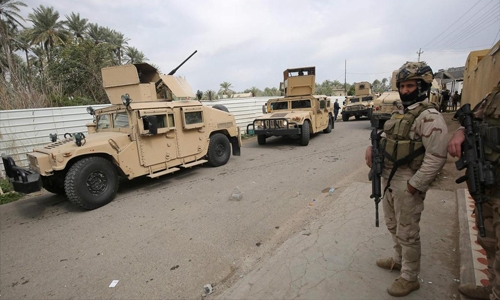 A rocket fell on Sunday in a rural area close to an Iraqi military air base hosting some US contractors, but there were no casualties, Iraqi security officials said.

Initial investigations showed that the target of the attack was to strike Balad air base, north of Baghdad, but the rocket fell short and hit the village of Al Bu Asi just southeast, they said.

No group immediately claimed the attack, but armed groups that some Iraqi officials have said are backed by Iran have claimed similar incidents in the past.