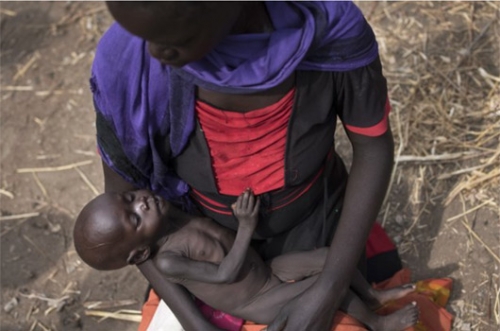 The United Nations humanitarian office is releasing $100 million in emergency funding to seven countries at risk of famine in Africa and the Middle East amid conflict and the COVID-19 pandemic, while the humanitarian chief says returning to a world where famines are common would be “obscene.”

A statement overnight said $80 million of the money will go to Afghanistan, Burkina Faso, Congo, Nigeria, South Sudan and Yemen. Another $20 million has been set aside for “anticipatory action to fight hunger in Ethiopia,” where deadly fighting erupted this month in its rebellious northern Tigray region.

“Without immediate action, famine could be a reality in the coming months in parts of Burkina Faso, northeast Nigeria, South Sudan and Yemen. This would be the first time famine has been declared since 2017 in parts of South Sudan,” the statement said.

A return to a world where famines are commonplace would be “obscene in a world where there is more than enough food for everyone,” U.N. humanitarian chief Mark Lowcock said.

The U.N said the money will target the most vulnerable, especially women, girls and people with disabilities.

All have been destabilized by conflict or extremist attacks.