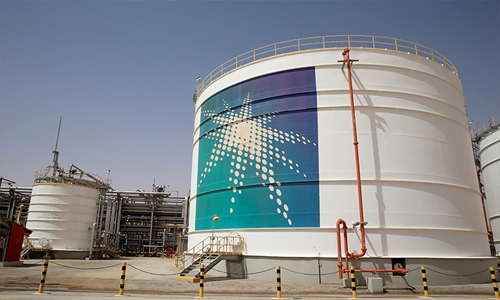 One of the world’s leading investor groups pushing for more corporate action on climate change said it has added Saudi Aramco, the world’s largest oil producer, to its list of target companies.

Climate Action 100+, the 450 members of which manage more than $47 trillion in assets, seeks to engage with the companies responsible for much of the world’s greenhouse gas emissions to encourage the transition to a low-carbon economy.

Specifically, it wants each company to commit to emissions cuts in line with the Paris Agreement on climate change, implement strong climate governance frameworks and improve climate-related disclosures.

The group has already achieved some success with its strategy, including at oil majors Royal Dutch Shell RDSa.L and BP BP.L, which this year announced long-term strategies in response to climate change.

Climate Action 100+ has accelerated engagement with impressive results, the group’s chair, Laetitia Tankwe, said after it announced the new additions to its list of targeted companies.

“These additions present a strategic opportunity to further curb emissions and enable the transition to a net-zero future by 2050,” she said. “We welcome the opportunity to support signatories in these new engagements.”

In a periodic review of the companies covered by the inititative, CA100+ said it had added eight others to the focus list, including copper miner Grupo Mexico GMEXICOB.MX and Colombian industrial company Grupo Argos ARG.CN.

Two companies were removed: U.S. miner Southern Copper SCCO.N was replaced by its parent, Grupo Mexico, while Australian retailer Wesfarmers WES.AX was cut after a fundamental restructuring of the company, the investor group said, leaving 167 companies on the focus list.