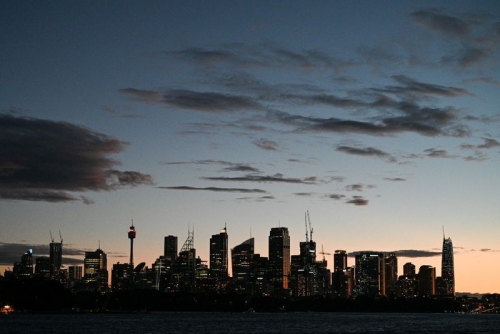 Hundreds of New Zealand plane passengers started arriving in Sydney on Friday as part of a new trans-Tasman travel bubble amid a rapidly falling growth rate in cases at the epicenter of Australia’s coronavirus outbreak.

In a tentative re-opening to international tourism, travelers on the approved flights won’t be required to quarantine in Sydney, authorities said.

The arrangements, however, are not yet reciprocal, with New Zealand requiring arrivals to be quarantined for two weeks under supervision at the cost of NZ$3,100 ($2,045) for the first person and more for additional family members.

Around 90 percent of those traveling on Friday with Air New Zealand is booked to travel one-way, the airline said.

“It is an important first step in bringing back international travel and we hope that Prime Minister (Jacinda) Ardern returns the favor in the near future,” said Berejiklian, referring to the New Zealand leader.

here was one new case of community transmission in New South Wales in the past 24 hours, Berejiklian said, while adding that she would like to announce a further easing of restrictions next week if the case count remains low.

While Australia has endured a second wave of infections, the caseload is modest compared to outbreaks in much of Europe and North America.

With the exception of those living in the south-eastern state of Victoria, most people in Australia are subject to only modest pandemic restrictions, with limits on gatherings the main disruption.

In Victoria, the epicenter of the second wave of infections in Australia, authorities recorded just two new Covid-19 cases in the last 24 hours, the lowest daily increase since early June.

Victoria, and in particular the state capital of Melbourne, have endured months of strict lock-down measures, although Premier Daniel Andrews is due to announce plans to ease some restrictions on Sunday.

Andrews said on Friday the state was “well-placed to take significant steps” to ease restrictions.

Travellers from New Zealand on ‘no-quarantine’ flights will be able to go to New South Wales, the Australian Capital Territory and the Northern Territory without having to undergo quarantine upon arrival, authorities said.

The states of Western Australia, Queensland and Tasmania have either closed borders or limited entry which can include quarantine periods, while Victorians are heavily restricted in where they can travel.