Lake Trump? Disputed reservoir could be named after US president | THE DAILY TRIBUNE | KINGDOM OF BAHRAIN 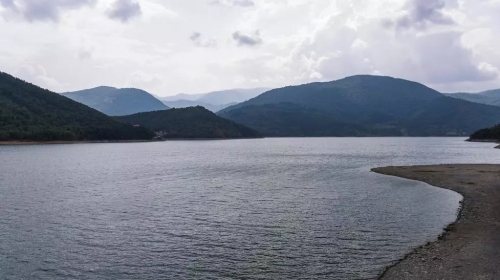 In addition to his own golf clubs and hotels, Donald Trump may soon have a lake named after him following proposals to christen a contested Balkan reservoir in his honour. The lake in question is a 24-kilometre (15-mile) stretch of water straddling the border of former war foes Serbia and Kosovo, who both claim ownership and have different names for it.

A huge banner appeared Thursday on Kosovo’s side of the reservoir reading “Lake Trump”, while another hung over a bridge thanked Trump for “bringing peace” following recent US-brokered agreements between Kosovo and Serbia. The tussle over ownership of the lake -- called Ujman in Kosovo and Gazivode in Serbia -- is one of many disputes still haunting the neighbours 20 years after they broke apart in war.