No decision on Assange extradition before US vote: UK judge | THE DAILY TRIBUNE | KINGDOM OF BAHRAIN 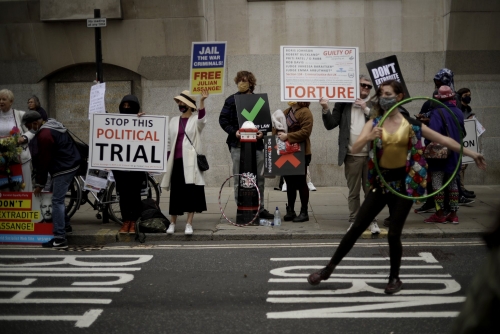 WikiLeaks founder Julian Assange will have to wait until after the US election to find out whether he will be extradited to face espionage charges there, the British judge presiding over his hearing said yesterday. Assange faces 18 charges in the US relating to the 2010 release by WikiLeaks of 500,000 secret files detailing aspects of military campaigns in Afghanistan and Iraq.

Evidence in the extradition hearing at London’s Old Bailey court is due to close next week, but judge Vanessa Baraitser agreed to Assange’s lawyer’s request for time to prepare his closing arguments. “Evidently it seems unlikely we will be able to get judgment before November 4,” lawyer Edward Fitzgerald, representing the Australian, told the court. “You have to bear in mind there is an election and the future is uncertain.”