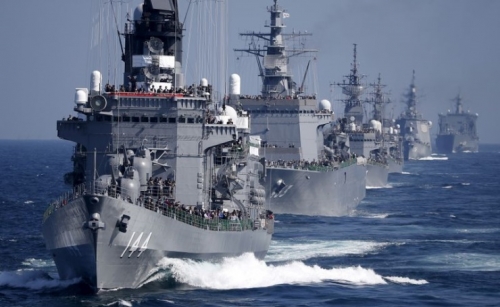 Months before he announced his resignation, Prime Minister Shinzo Abe set in motion a policy change that could for the first time allow Japan’s military to plan for strikes on land targets in China and other parts of Asia.

Abe instructed senior defence policymakers in June to come up with LDP proposals for the military that included a land-attack, or strike, doctrine, said Reuters.

That proposal will become government policy if it is included in a revised national defence strategy, which appears likely, according to two insiders, including LDP acting Secretary General Tomomi Inada.

The military can already use long-range missiles to strike ships. It considers such plans justified because it needs to be able to destroy weapons threatening Japan. The land-attack proposal is framed using the same reasoning, according to former defence minister Itsunori Onodera.

Therefore, proponents say, Japan’s laws will not need to change. During his eight years in office, Abe pushed for but failed to achieve his goal of revising the post-war constitution’s pacifist Article 9.

U.S.-made BGM-109 Tomahawk cruise missiles would be an option for land-attack weapons, said Katsutoshi Kawano, who until last year was Japan’s most senior military officer, the Chairman of Self Defense Forces Chief of Staffs.

Tomahawks can hit targets 2,500 kilometres (1,553 miles) away. That would put most of China and much of the Russian Far East within range.