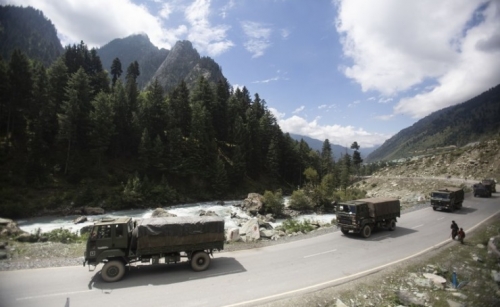 The defense ministers from India and China have met in the Russian capital as the two sides try to lower rising tensions along their disputed border in the eastern Ladakh region, where a June clash killed 20 Indian soldiers.

At the meeting Friday with China’s Gen. Wei Fenghe, India’s Rajnath Singh said that “the current situation should be handled responsibly and neither side should take any further action that could either complicate the situation or escalate matters in the border areas,” the Indian defense ministry said in a statement.