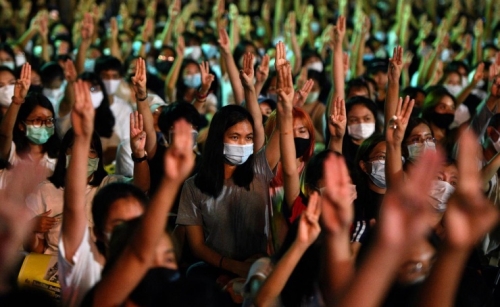 Thai Prime Minister Prayuth Chan-ocha said on Tuesday he is concerned about a growing student protest movement after another student group issued an unusually frank 10-point call for reform of the monarchy.

About 3,000 to 4,000 protesters chanted “Long live democracy” at Thammasat University on the outskirts of Bangkok on Monday night, with speeches calling for the resignation of Prayuth, who first took power in a 2014 coup, and an end to military domination of politics.