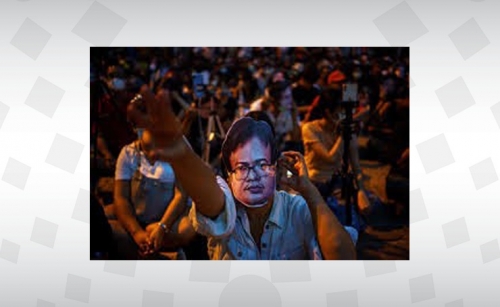 Hundreds joined anti-government protests across Thailand on Sunday following a day of rallies in the country’s capital where protesters were calling for new elections and constitional reforms. On Saturday, more than 1,000 protested in Bangkok after a human rights lawyer Anon Nampa and student activist Panupong Jadnok were arrested and held overnight. They were later released on bail, according to Reuters.