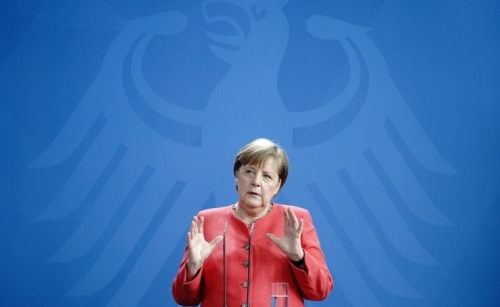 Germany will head the European Council for six months as of Wednesday, with its focus being on the coronavirus pandemic and economic recovery. Taking over from Croatia, Germany will organize and preside over meetings between European Union heads of governments and ministers under the motto "Together for Europe's recovery."

Holding the presidency does not carry any formal power, but it is of political importance, as it will allow Germany to shape the bloc's discussion agenda.

While Germany had initially planned to focus on EU border security, relations with China and climate change, the coronavirus pandemic forced the trade giant to pivot to the containment of the Covid-19 pandemic and ensuring the EU's economic recovery, Deutsche press agency (dpa) reported.

Other guiding principles for the presidency, according to its official programme published Tuesday, include building a more innovative, fair and generally more "strong Europe in the world."

One of Germany's first challenges will be to oversee the passing of the EU's seven-year financial framework. EU diplomats hope for this to happen in July - but disagreements on what this should look like run deep in the trade bloc, and negotiations promise to continue being difficult.