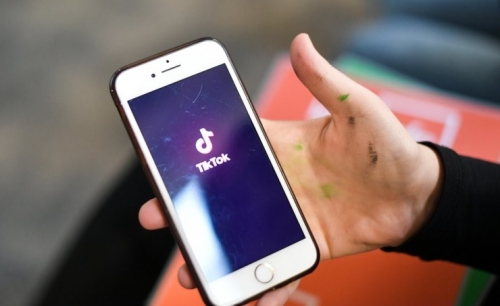 India has banned 59 mobile apps with Chinese links on grounds they present a danger to the country's security.

New Delhi's decision came against the backdrop of an ongoing stand-off between Indian and Chinese forces in the Himalayan border region of Ladakh. Clashes on June 15 left 20 Indian soldiers dead, according to Deutsche press agency (dpa).

Many popular apps like TikTok, WeChat, Shareit and BigoLive were banned.

The Information Technology Ministry said the apps were "prejudicial to the sovereignty and integrity of India, defense of India, security of state and public order."

It said there were "raging concerns" about data security and safeguarding the privacy of 1.3 billion Indians. The ministry said it had received "many complaints from various sources" about apps that were "stealing and surreptitiously transmitting users' data in an unauthorized manner."

By Tuesday morning, Beijing headquartered tech-giant ByteDance’s TikTok and Helo apps were removed from the Apple App store and the Google Play store.

Tiktok said it was in the process of complying with the government order and "continued to comply with data privacy and security requirements under Indian law."

The popular video sharing app said it had been invited by the government to offer clarifications on the matter.

Among the apps banned by India include the microblogging service Weibo, Alibaba’s UC Browser and e-ecommerce platforms like Club Factory and Shein.

The ban on Chinese apps comes amid widespread outrage and protests across India after the fighting in Ladakh in which Indian soldiers were attacked by Chinese troops by batons studded with nails and stones.

Chinese mobiles have a major share in the Indian smartphone market. India is also said to be TikTok’s biggest international market with an estimated 120 million users.

Security warnings regarding TikTok have come mainly from the US, where it has faced allegations of links to the Chinese state as well as of sending user data to China. Some senators have called for an investigation into the company.

“India may have fired a warning shot across China’s bow, with steps imposing significant costs to follow,” he said.