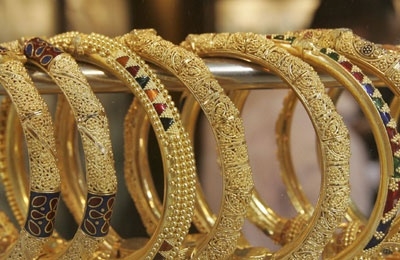 A video posted on Twitter by a member of the Precious Metals Committee explaining the ways some gold manufacturers manipulate weight of gold and diamonds has attracted significant attention in Saudi Arabia, raising the question of the authenticity of gold in the Kingdom. In the video, Mohammed Azooz said cover-ups have made many Saudi gold sellers lose power over the market, and that industry was being controlled by non-Saudis.

In the video, he explained how some people circumvented customs and sneak gold into the country, especially during the Hajj season to target pilgrims. The Arabic translation of #cheating_in_jewelry has been trending in Twitter for a few days, and several people posted about the issue, blaming those who were selling fake gold to pilgrims as pure gold. This is not the first time the fake gold issue has been raised. The World Gold Council previously suspended its activities in the Kingdom following claims that some jewelry manufacturers mixed glass with gold. Former Minister of Commerce and Industry Abdullah Zainal rejected the accusations at the time, described them as “grave and dangerous.” Local gold markets have seen stagnation in recent times, because of the increasing price of gold on international stock markets. The price of one kilogram of 24 karat (k) gold in the Kingdom can reach SR185,000 ($46,700). Gold and economic experts say that the movement in gold prices depends on numerous factors such as political and economic events around the world, the price of the US dollar in banks, black markets, as well as the supply and demand trends in global stock markets.