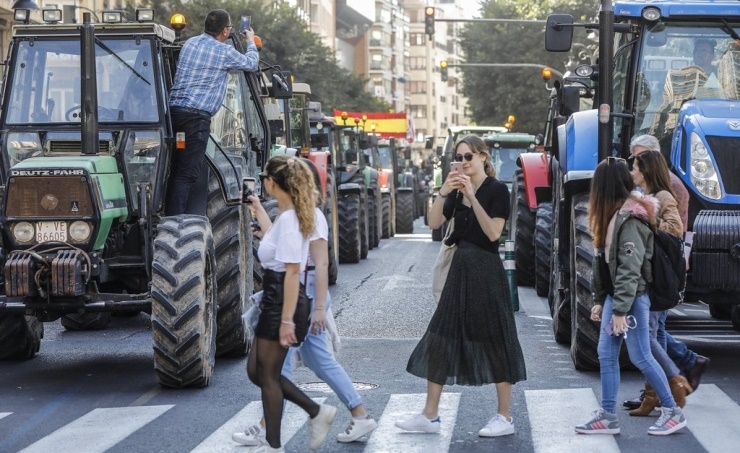 Thousands of farmers paralyzed the center of Valencia in the east of Spain on Friday with around 900 tractors as part of ongoing protests against low prices.

Spokespeople for the organizers said there were almost 10,000 participants in what was "one of the biggest protests in the history of [Spanish] farmers."

There were also rallies in other cities, including Lucena in Andalusia and Lleida in Catalonia, according to Deutsche press agency (dpa).

The demonstrators say there is an existential crisis in the sector.

In Valencia they chanted slogans like: "Please, Pedro, help us or we will perish!" in an appeal to the socialist Prime Minister Pedro Sanchez.

The farmers had already taken to the streets in other cities in the past few weeks.

The UPA small farmers' association, which organizes the protests with other groups, complains that there are six supermarket chains that have kept prices under control and kept them very low.

Sanchez has shown solidarity with the demonstrators: On Twitter, he said his government was determined to help.

Spain is one of the largest agricultural producers in Western Europe: According to official figures, the country's agricultural and livestock industry recently employed around 800,000 people, who also produce a lot of food for other European countries.