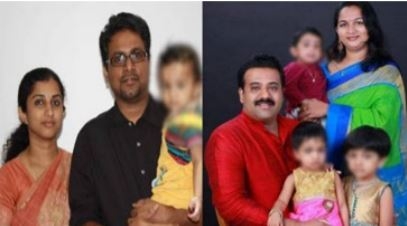 Eight Indian tourists including four children died of suspected suffocation in a hotel in Nepal on Tuesday, police said, after trying to keep warm by using a gas heater during the night.

The victims were staying in Daman, a hill resort south of Kathmandu which is known for its panoramic views of the Himalayas.

“They had lit a gas heater to keep the room warm and probably suffocated,” police official Hobindra Bogati said. Seven other tourists in the group were unharmed.

The tourists were found unconscious in the room of their resort and were airlifted to HAMS Hospital in Kathmandu where they were pronounced brought dead on arrival.

Foreign minister S Jaishankar said that he is deeply distressed by tragic news. “Our embassy in Nepal has been closely following the situation. Embassy officials are stationed at the hospital and providing necessary assistance. Our thoughts are with bereaved families,” he said yesterday.

The police say the tourists could have died due to suffocation. “They were using gas heater in the room, suffocation might have caused their death,” Superintendent of Police Sushil Singh Rathore said.

According to news agency PTI, the group of tourists was coming back from Pokhara and stayed at Everest Panorama Resort in Makwanpur district on Monday night.

On the directions of the chief minister, officials have taken steps to expedite procedures for the repatriation of the mortal remains of the victims, his office said.

Tourism is a major source of revenue for Nepal’s economy, providing hundreds of thousands of jobs. Last year just over 1 million tourists visited the country, of which the biggest contingent - around a tenth - came from India.

Two Chinese and two Italian tourists were found dead in two separate incidents in Nepal in 2013.

Several people die during winter in Kathmandu due to carbon monoxide poisoning, which is caused by poor ventilation and lack of oxygen, according to Buddha Basnyat, a doctor writing in the Nepali Times.