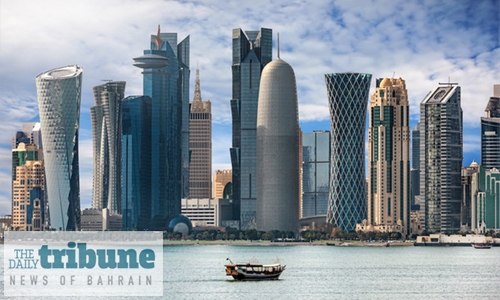 Amnesty International yesterday expressed concern over a vague new law that threatens to “significantly restrict freedom of expression in Qatar.”

The law, issued by Qatari Emir Tamim bin Hamad Al Thani, authorises the imprisonment of “anyone who broadcasts, publishes, or republishes false or biased rumours, statements, or news, or inflammatory propaganda, domestically or abroad, with the intent to harm national interests, stir up public opinion, or infringe on the social system or the public system of the state.”

The law comes just two years after Qatar acceded to the International Covenant on Civil and Political Rights, a UN agreement that guarantees individuals the right to seek, receive and impart information and ideas.

Lynn Maalouf, Amnesty International’s research director for the Middle East, said: “Qatar already has a host of repressive laws, but this new legislation deals another bitter blow to freedom of expression in the country and is a blatant breach of international human rights law.”

She called it “deeply troubling that the Qatari Emir is passing legislation that can be used to silence peaceful critics,” adding: “Qatar’s authorities should be repealing such laws, not adding more of them.” Under the new law, “biased” broadcasting or publishing can be punished with a fine of over $25,000 or up to five years in prison.