‘IS resurge’ alert | THE DAILY TRIBUNE | KINGDOM OF BAHRAIN 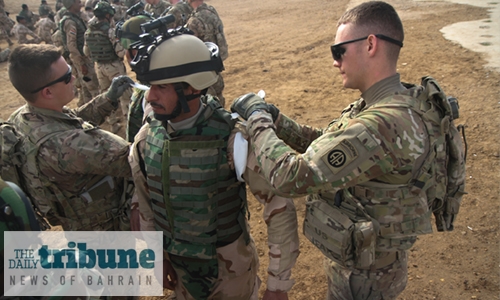 One of the highest Sunni authorities in the region warned yesterday that ISIS is using Iraq’s current political and military crisis to gain ground. Al Azhar University’s Observatory, which has been closely monitoring IS, said the group is attempting to reform and improve its status in Iraq.

“The group is using technology and digital platforms to spread their messages and ideology to recruit young individuals to regain its grounds,” the observatory said. It called on the international community to unite in the face of terrorism to halt the group’s resurgence.

The warning comes as tensions between Washington and Tehran escalated in Iraq prompting fears that ISIS could make a comeback amid the upheaval. It follows the US killing of Iranian General Qassem Suleimani and top Iraqi militia leader Abu Mahdi Al Muhandis near Baghdad airport earlier this month.

Tehran retaliated with rocket attacks carried out by militias against US personnel stationed in Iraq. The tit-for-tat strikes pushed the Iraqi parliament to issue a non-binding call for the estimated 5,000 US troops and other foreign forces to leave the country. The decision was mostly driven by pro-Iranian factions in parliament.

But US President Donald Trump’s administration said it is determined to keep troops in Iraq. US troops are involved in active operations against ISIS remnants, but most are engaged in training the Iraqi army. The presence of US troops in Iraq is part of a request for assistance to combat ISIS that was sent in 2014 when the group seized large areas of Iraq and Syria.

Although the US and Iran have not had any diplomatic relation since 1980, the two found common ground in their battle against the insurgents. General Suleimani played an important role in the fight against ISIS in Iraq.