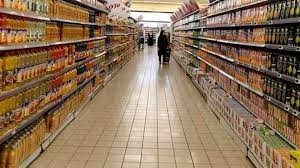 Two consumers had complained to authorities.

An Abu Dhabi store caught selling expired food products has been fined Dh1 million. A section of the shop where the items were displayed was also shut down for three months.

The court also ordered that the expired products be confiscated and destroyed under the supervision of the public prosecution.

Two consumers had complained to Abu Dhabi authorities as they fell ill after consuming some juice they bought from the store, court records show.

Upon investigation, authorities found several expired food products on display at the store, prompting prosecutors to refer the shop and its owner to court.

Both the Abu Dhabi Criminal Court of First Instance and the Appellant Court ordered the food store to pay a fine of Dh1 million. It was also ordered to pay a temporary compensation fee of Dh21,000 to the victim who was affected after consuming the expired food item.

The owner then went to Abu Dhabi's top court, which rejected the appeal and maintained earlier rulings.

Victims are expected to file civil law suits against the food store to claim compensation for the damages they suffered after consuming expired items.

Nearly 1,900 traffic accidents in Dubai because of rain