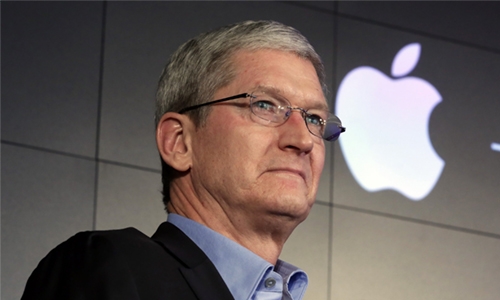 China’s state media accused Apple yesterday of supporting pro-democracy protesters, warning the US tech giant would suffer consequences for its “unwise and reckless” decision, in an echo of campaigns against other Western firms. An opinion piece in the People’s Daily, the mouthpiece of the ruling Communist Party, highlighted a transport app available on Apple’s store that it alleged helped protesters identify police in Hong Kong.

“Apple’s approval for the app obviously helps rioters,” the article said. “Does this mean Apple intended to be an accomplice to the rioters?” The article then cautioned that: “The map app is just the tip of the iceberg”. It alleged that a song advocating “Hong Kong independence” had appeared on the “Apple Music Store” in the southern Chinese city, then issued an ominous warning. “Nobody wants to drag Apple into the lingering unrest in Hong Kong.

But people have reason to assume that Apple is mixing business with politics, and even illegal acts,” it said. “Apple has to think about the consequences of its unwise and reckless decision,” the article said. “It definitely wasn’t an accident that Apple allowed HKmap.live online,” wrote one commentator on Weibo. “(Apple) should know exactly what it’s doing... It seems that there is too little domestic pressure against Apple.” Apple, which has a huge presence in China, did not immediately reply to an emailed request for comment.

Humans will not ‘migrate’ to other planets: Mayor