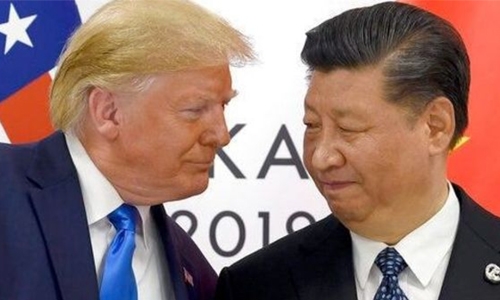 The United States said Tuesday it would curb visas for Chinese officials until Beijing ends its “repression” of Uighurs and other Muslims in the western region of Xinjiang, a day after imposing commercial restrictions. The one-two punch by President Donald Trump’s administration marks the most forceful attempt by a foreign power to address what some rights groups call a historic crisis in Xinjiang, and comes amid a range of feuds between the United States and China.

“China has forcibly detained over one million Muslims in a brutal, systematic campaign to erase religion and culture in Xinjiang,” Secretary of State Mike Pompeo wrote on Twitter. “China must end its draconian surveillance and repression, release all those arbitrarily detained and cease its coercion of Chinese Muslims abroad,” he said. In an accompanying statement, Pompeo said that the State Department would restrict visas granted to government and ruling Communist Party officials involved in “detention or abuse” of Uighurs, Kazakhs or members of other predominantly Muslim ethnic groups in Xinjiang.

The order will also affect their family members, including children who may be seeking to study in the United States. The State Department did not specify the names of officials who would be affected. Beijing voiced its “strong dissatisfaction and reso - lute opposition” over the move and denied any human rights abuses in the restive region. “These accusations are nothing more than an excuse for the United States to deliberately interfere in China’s internal affairs,” foreign ministry spokesman Geng Shuang said in Beijing.

Modi to host Xi at summit