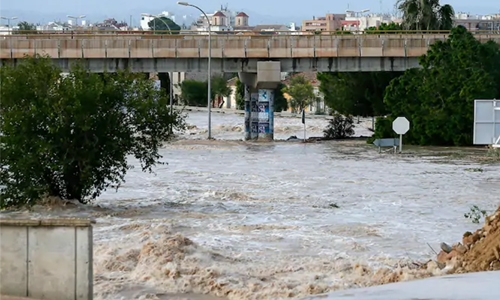 Rescuers were yesterday searching for a Dutch national reported missing in southeastern Spain where torrential rains and flooding have claimed six lives, police said. The alarm was raised on Sunday afternoon after a member of the public reported seeing “a body sucked into the water in a canal” in Dolores, a town 40 kilometres (25 miles) southeast of Alicante. The person was believed to be a 66-year-old Dutch man, a police spokesman said.

Southeastern Spain has been battered since Thursday by torrential rains, causing huge flooding and chaos on the roads in several provinces, leaving many areas cut off. Six people have died as a result of the flood and rescuers have evacuated thousands of people from their homes with the help of some 1,300 troops. After causing havoc in the regions of Valencia, Murcia and western Andalucia, the storm has since moved towards the central and west of the country, causing widespread flooding.