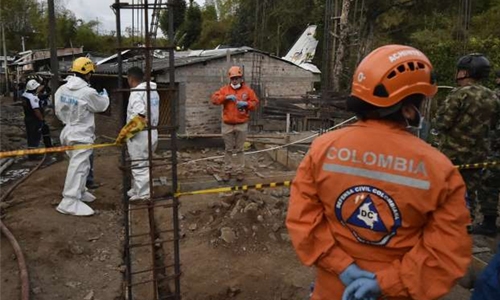 A small plane crashed near the southwestern Colombian city of Popayan on Sunday, killing seven of the nine passengers aboard, the city’s mayor and the country’s civil aviation authority said. The incident occurred just a few minutes after the aircraft, owned by a small local company, took off from the airport in Popayan, a city of about 270,000 surrounded by mountains.

The other two passengers were injured and were being treated at a hospital, Popayan Mayor Cesar Gomez said. Photographs on social media showed parts of the airplane scattered atop houses in the area. Gomez said he had convened a working group to assist residents who had been affected.