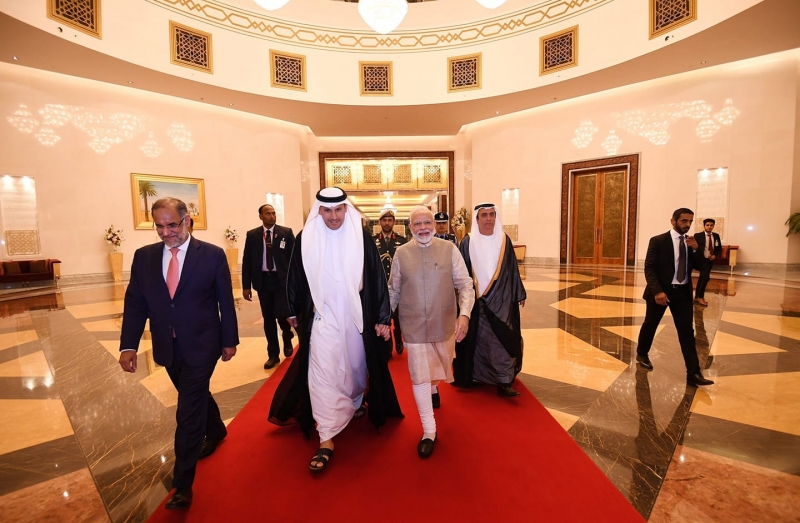 Modi arrived from Paris after holding bilateral meetings in France, including a summit interaction with President Macron and a meeting with Prime Minister Philippe. He also interacted with the Indian community and dedicated a memorial to the Indian victims of the two Air India crashes in France in the 1950s and 1960s.
Following his first visit to the UAE in August 2015, the bilateral ties between the UAE and India developed into a comprehensive strategic partnership in various areas.

The prime minister, who delivered the keynote speech when India was the guest of honour at the World Government Summit in Dubai in February this year, is in the UAE once again to receive the Order of Zayed and open a new chapter in further strengthening India-UAE relations. Modi is scheduled to receive the Order of Zayed from His Highness Sheikh Mohamed Bin Zayed Al Nahyan, Crown Prince of Abu Dhabi and Deputy Supreme Commander of the UAE Armed Forces on Saturday. Both the leaders are scheduled to release the commemorative stamp of Mahatma Gandhi on the occasion of his 150th birth anniversary. The leaders will hold bilateral, regional and international discussions. Modi and his delegation will leave for Bahrain following a banquet in his honour.