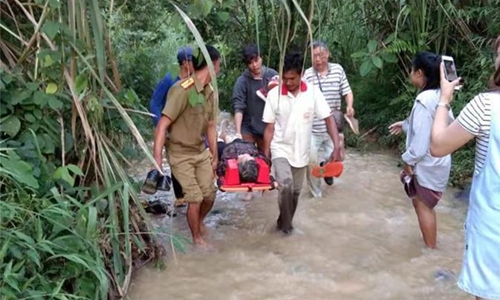 13 Chinese tourists killed as bus plunges into ravine in Laos

At least 13 Chinese tourists were killed and dozens injured when their bus skidded off the road and plunged 30 metres into a ravine in Laos, a police officer said yesterday. The bus was carrying more than 40 Chinese nationals heading towards the tourist town of Luang Prabang when the accident occurred late on Monday.

“At this moment, 13 bodies have been recovered... while two are still missing,” police officer Xaiyaphon Chitavong said, blaming brake failure for the accident. He added that 31 people were receiving medical treatment.

The monsoon season from June to October also drenches rural roads with heavy rains creating slippery conditions. Tourism to communist-run Laos has grown in recent years, and visitors from China increased by 13 percent in the first half of 2019 compared to the year before, according to the state-backed Vientiane Times.