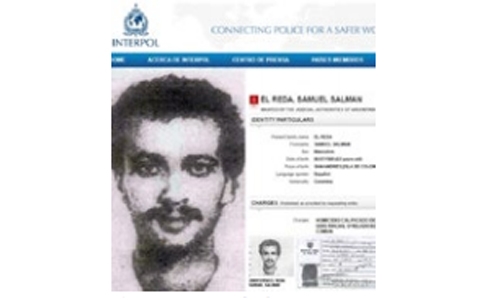 The United States yesterday offered a $7 million reward to find a Hezbollah operative accused of masterminding a deadly 1994 attack on a Jewish center in Buenos Aires, as it vowed to pursue the group worldwide.

The United States also imposed sanctions on the senior Hezbollah figure, Salman Raouf Salman, in tandem with his blacklisting by Argentina as it marks the 25th anniversary of the bombing, which killed 85 people.

Secretary of State Mike Pompeo was visiting Argentina on the anniversary of the attack, along with ministers from several Latin American nations visiting Buenos Aires for talks on counter-terrorism. The State Department said it would give $7 million to anyone who provides information that leads to the location of Salman, also known as Salman al-Reda.

The Treasury Department said that Salman masterminded the 1994 attack and “has directed terrorist operations in the Western Hemisphere for Hezbollah ever since.”