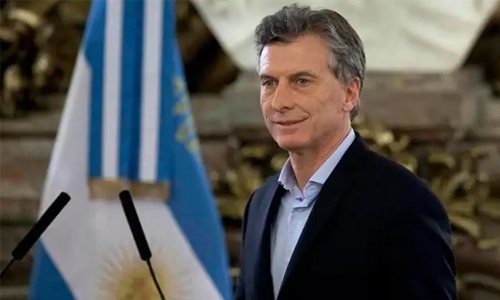 The ruling coalition of Argentine President Mauricio Macri suffered a heavy defeat Sunday in elections held in Cordoba province, the country’s second most populous district. Peronist governor Juan Schiaretti led comfortably after 94.2 percent of the vote had been counted, claiming 54 percent of ballots cast in his bid for re-election.

Macri’s Cambiemos coalition was divided between rival candidates in the provincial elections, with Mario Negri garnering 17.8 percent and Ramon Mestre 11 percent of the vote. Peronists also took the mayoralty of the city of Cordoba for the first time since 1974. The contest in an electoral district of 2.8 million voters -- some 8.7 percent of the national electorate -- had generated particular interest as Macri’s success in the same province led to his victory in the 2015 presidential ballot.

Argentina will vote in the first round of presidential elections in late October. Macri is under pressure over a misfiring economy six months ahead of the polls. He has implemented a series of unpopular austerity policies to try to restore stability in the face of soaring inflation, huge debt obligations and a currency crisis. The measures came in exchange for a $56 billion loan from the International Monetary Fund. Peronists greeted the strong showing in Cordoba with chants against Macri earlier Sunday.

Microscopic remains of Nazi victims to be buried in Berlin