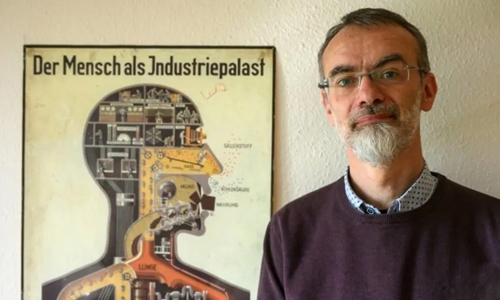 Microscopic remains of Nazi victims to be buried in Berlin

More than seven decades after World War II ended, over 300 tiny pieces of human tissue from political prisoners executed by the Nazis will be buried at a Berlin cemetery. The samples -- each a hundredth of a millimetre thin and about a square centimetre in size -- were uncovered on microscopic glass plates by the descendants of the Third Reich anatomy professor Hermann Stieve. Stieve dissected and researched the bodies of inmates killed at the Berlin Ploetzensee jail, including those of executed resistance fighters -- in part to examine the physical impact of fear experienced by women.

He said the burial was part of a historical project by the hospital to confront its role in the medical profession’s difficult relationship with Nazism. The burial site had been picked as there are many graves and memorials for the victims of Nazism there, said Johannes Tuchel, director of the German Resistance Memorial Centre, which is organising the special event with Charite. Tuchel said the human tissue samples were among “the last remains of people who were victims of the Nazis’ unjust justice system... They were denied a grave at that time, and so today, a burial is a matter of course.”

More than 2,800 people held at Berlin-Ploetzensee prison were put to the guillotine or hanged between 1933 and 1945, and most were then sent for dissection at the Berlin Institute of Anatomy. Stieve was the institute’s director from 1935 to 1952 and carried out controversial research on the female reproductive system. Most of the 300 specimens found in Stieve’s estate stemmed from women, adds a plaque to commemorate them, which does however not list the names of individual victims at the request of relatives.

Among those executed at Ploetzensee were 42 resistance fighters from the Berlin group Red Orchestra. Stieve is believed to have dissected at least 13 of 18 executed female Red Orchestra fighters. He was never charged with a crime and continued his medical career after the war like many other scientists who collaborated with the Nazis. Only the highest-ranking physicians under the Third Reich were prosecuted at Nuremberg in the so-called Doctors’ trial for grotesque human experimentation and mass murder under the “euthanasia” programme.