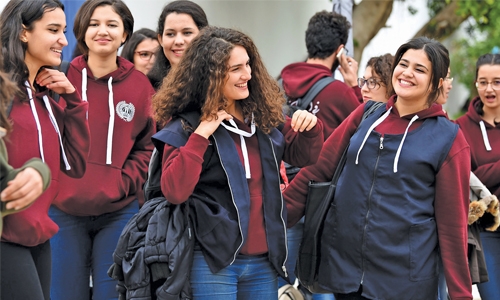 In Tunisian high schools, the dress code is not uniform. Actually, it is: but only for girls. Boys can wear what they like, and now the girls are up in arms.

One morning, instead of turning up for class wearing the regulation navy blue smock, a defiant group of adolescent girls came to school in white T-shirts instead, demanding an “end to discrimination”.

At the elite Bizerte public school in the north, as is the case in most high schools in the North African country, pupils have to sign a school rule stipulating that wearing a uniform applies to girls only.

One day in September, supervisors reminded senior female students who did not abide by this rule that if they did not wear the smock, a loose-fitting, long gilet, they would be sent home.

Ironically, the warning was passed on during a philosophy class -- about the human body.

This “injustice” inspired many of the girls to take to social networks and vent their feelings, 18-year-old Siwar Tebourbi told AFP.

She said the girls agreed to take collective action from the following day “to demand that this discrimination must cease”.

So dozens duly turned up for class, wearing white. Several boys did the same, in solidarity with their classmates.

How did the school authorities react? By saying nothing. Thus was born the “Manish Labsetha” (“I won’t wear it”) campaign, referring to the offending garment. 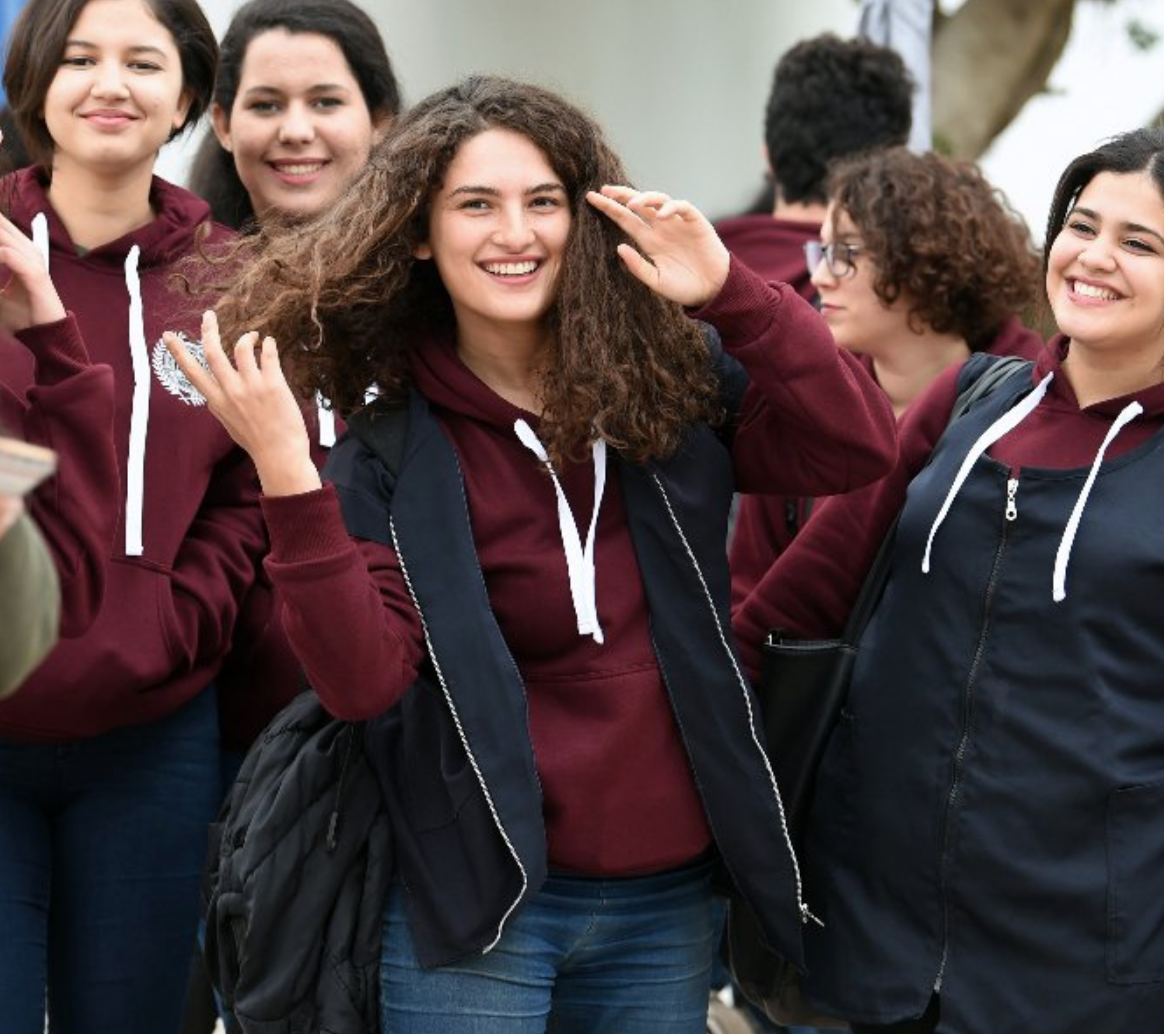 It was the culmination of a dispute that had been brewing for years.

Outraged that the navy blue was imposed on everyone in primary and secondary school but was compulsory in high school only for girls, pupils regularly appeared without it, risking expulsion or seeing their parents summoned.

Monia Ben Jemia, head of the Association of Democratic Women of Tunisia, an independent feminist group, called the smock rule “a terrible message” because it implies that young girls’ bodies can have a disruptive effect on their peers.

She called it a complete aberration, especially since the country’s new constitution of 2014 says that men and women are equal.

The high school students who launched the campaign, both male and female, are also against what they perceive as a wider “hypocrisy”.

“They drill into us at school that men and women are equal, but in practice this is not the case,” said Adam Garci, 17.

That the navy gilet is actually supposed to erase social inequalities between pupils is a source of some amusement to Tebourbi.

“If it was really meant to conceal any differences between rich and poor, then boys as well as girls would have to wear it,” she smiled.

Imposing the blue uniform on girls at a time when their bodies are undergoing change is not a trivial issue, said her friend Farah Ben Jemaa. 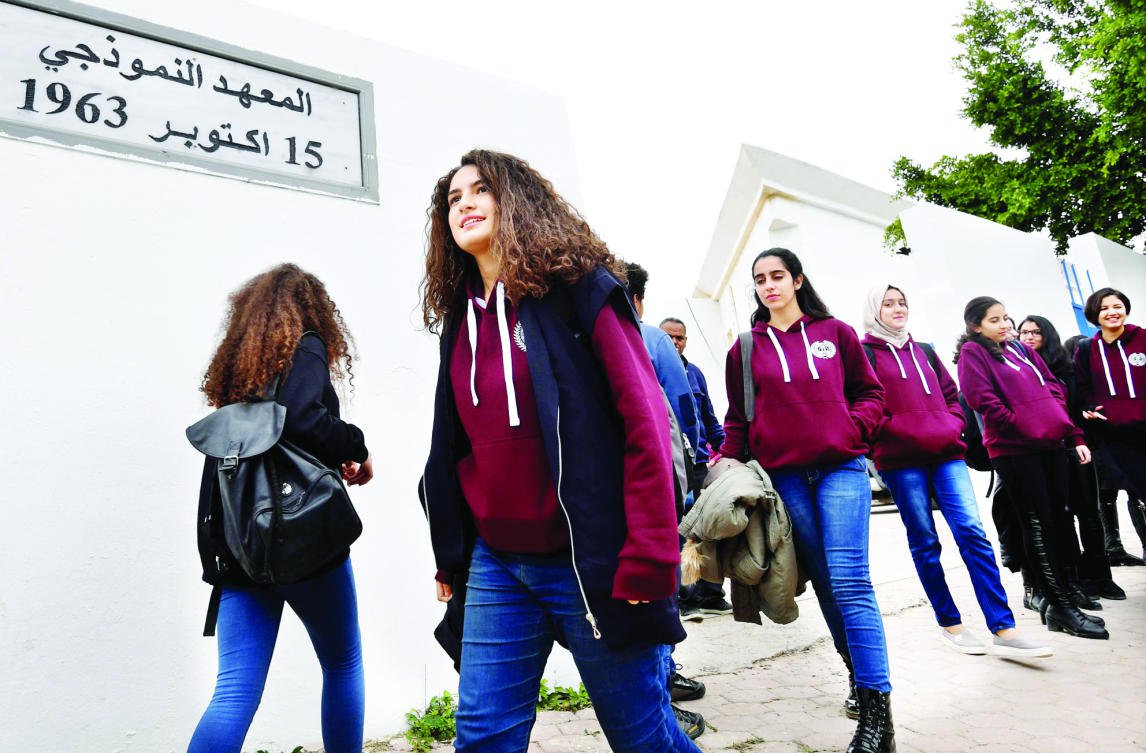 Speaking on condition of anonymity, one senior education official found it difficult to explain exactly what was happening.

He acknowledged the sensitivity of the subject, even though Tunisia is considered to be a pioneer in North Africa and the Middle East in the field of women’s rights.

If the official line is that equality between men and women is an asset, large sections of Tunisian society remain conservative and “there is resistance”, said Ben Jemia, at the Association of Democratic Women of Tunisia.

In the courtyard of another school in Bizerte, the Habib Thameur Lycee, equality is a topic for passionate debate among students.

Of around 15 boys asked about it, just one -- Nader -- spoke up for the traditional view.

“Girls must cover the shape of their bodies,” he said.

The others were firm backers of the campaign.

One final year pupil tried to argue with a supervisor seeking to enforce the rules.

“But madame,” he asked. “What if the regulation is wrong?”

She thought for a moment. “For me, it’s not unfair, it’s the rules. That’s the way it is,” she murmured.

School director Iadh Toulgui admitted that the supervisor’s view was unlikely to sway pupils who had lived through the revolution of 2011, which toppled a 23-year police state and brought about freedom of expression.