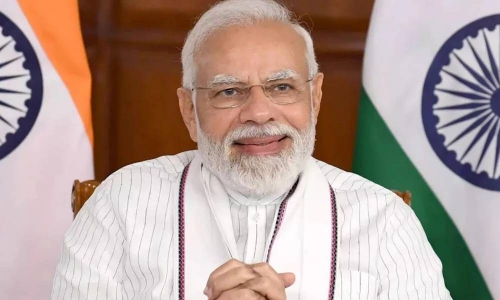 The year 2022 is a historic year for India and for more than a billion Indians living all around the globe.

It’s historic, for on this day, Indians, who account for more than 16.8 per cent of the world population, mark their honours to the countless number of freedom fighters who had sacrificed their lives for the country.

On this day, 75 years ago, Indians watched with bated breath the dawn of a new era, a new beginning of deliverance from the yoke of imperialism.

And as we know, it just didn’t happen in a day. It was the culmination of a series of events that started in 1857 and lasted till 1947.

Leading from the front of this battle - driven by the strength of the common man- were some of the well-known leaders - India and the world have even seen- like Mohandas Karamchand Gandhi, Netaji Subhas Chandra Bose, Jawaharlal Nehru and Bhagat Singh.

Likewise, the 75th anniversary also opens up an opportunity to recall the watershed movements of India in its quest for freedom. One amongst them happened 90 years before India gained independence.

We call it now the rebellion of 1857. It led to the end of the British East India rule in the country, the stop to the doctrine of lapse, and the admission of Indians to civil services for the first time. Lucknow Pact - 1916, the Champaran Satyagraha - 1917, Jallianwala Bagh Massacre and Khilafat Movement - 1919, the Non-Cooperation Movement - 1920, and Quit India Movement - 1942 shines bright in the history of freedom struggle in this regard.

Azadi Amrit Mahotsav, which began on the 12th of March 2021, is a celebration of these milestones and the sacrifices of those unsung heroes who have made freedom a reality. In the words of Narendra Modi, the Prime Minister of India: “The Azadi Ka Amrit Mahotsav means elixir of energy of independence; elixir of inspirations of the warriors of the freedom struggle; elixir of new ideas and pledges; and the elixir of Aatmanirbharta.

Therefore, this Mahotsav is a festival of the awakening of the nation; the festival of fulfilling the dream of good governance; and the festival of global peace and development.” The Mahotsav also casts the spotlight on India’s 75 years of hard work, innovation, and enterprise of ordinary Indians.

The mother of democracy, India is still moving forward by strengthening democracy. India, rich in knowledge and science, is leaving its mark from Mars to the moon.” This Mahotsav of India’s 75 years is for those who have not only been instrumental in bringing India thus far in its evolutionary journey but also hold within them the power and potential to activate India 2.0 fuelled by the spirit of Aatmanirbhar Bharat.

The ongoing Har Ghar Tiranga - a campaign to bring the tricolour home to hoist it - is powered by this dream and commitment to nation-building. And, quite rightly, as Prime Minister Narendra Modi addresses the nation at the Red Fort in Delhi, gracing the occasion as special guests will be mortuary employees, street vendors and Mudra Scheme loanees.

A British one-pound ceremonial gun has been performing this job since independence. Today, ATAGS gun designed by Defence Research and Development Organisation and developed by the industry partners will take up this job from today.

Another attraction will be a formation by National Cadet Corps (NCC) cadets from every district, each dressed in traditional garb. They will sit in front of the Red Fort in the shape of the map of India, befitting the occasion.

India has invited African American singer Mary Millben known for her moving rendition of ‘Om Jai Jagadish Hare’ and ‘Jana Gana Mana’, to attend and perform at the celebrations. Thus, as we do every year, Azadi Ka Amrit Mahotsav this time will be a celebration of grandeur, gaiety, fervour and enthusiasm. On this gracious occasion, Tribune wishes all a happy Independence Day.