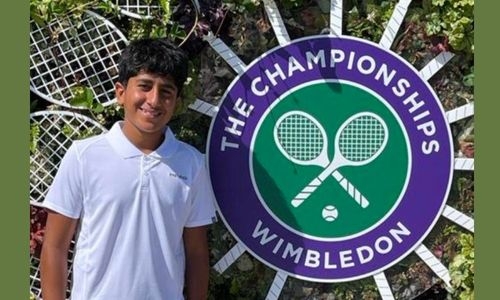 Janahi is one of the most promising Bahraini talents in tennis, as a promising future awaits him due to his great potential and outstanding skills. The President of the Bahrain Tennis Federation, Shaikh Abdulaziz bin Mubarak Al Khalifa, said that this achievement is the first of its kind in the game in Bahrain, praising the qualification of Janahi to participate in the Wimbledon U-14 Championship, pointing out that the Federation is proud to have a Bahraini player in the list of finalists for this strong and distinguished tournament, which has been

He stressed that the Union will continue to seek attention to and support the youth sector, within the framework of its strategic plans to promote the game, and prepare a new generation capable of achieving the honorable achievements of the Kingdom in various regional, continental and international championships.