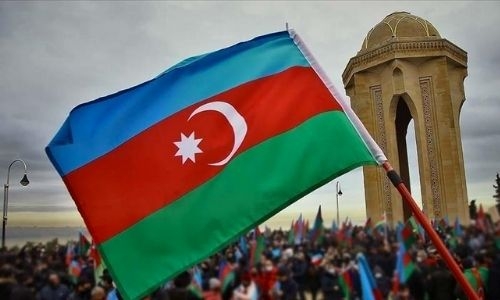 The Kingdom of Saudi Arabia recognized Azerbaijan’s independence on Dec. 30, 1991. The relations between the two countries have developed gradually during the last 30 years. The first visit of Heydar Aliyev to Saudi Arabia in 1994 opened new opportunities for the development of bilateral relations and the two countries signed the first General Agreement on the economy, trade, investment, technology, culture, youth and sports. The two countries maintain the Azerbaijan-Saudi Joint Commission on Cooperation, which meets to allow both states’ officials to target expansion in the economy, investments, technology, trade, culture, sports and youth.

The first meeting between the two countries was held in 2001 in Baku and hosted reciprocally in later years. The sixth meeting was convened in Riyadh in December 2022 and resulted in some agreements aimed at developing economic partnerships and increasing trade and the growth of business in various sectors, which was signed by the Azerbaijani Ministry of Finance and the Ministry of Investment Kingdom of Saudi Arabia.

Azerbaijan and Saudi Arabia both have active oil, gas and petroleum industries. Since the mid-1990s, Saudi Arabia has been establishing stronger ties with Azerbaijan through participation as it did in Azerbaijan’s Contract of the Century for the development of its oil business, and its joint-American Delta-Hess Company held 2.72 percent in that contract.

In the beginning of the 2022 the Azerbaijani Ministry of Energy and Saudi Arabian company ACWA Power held a groundbreaking ceremony for the 240 MW wind power plant with an investment value of SAR 1.125 billion (US$300 million).

The project represents the first and largest foreign investment made in Azerbaijan’s renewable energy sector to date and contributes to the country’s target to generate 30 percent of its energy through renewables. By Q4 2023, the project will contribute an estimated 3.7 percent of energy to Azerbaijan’s total national grid capacity, powering 300,000 households while offsetting 400,000 tons of emissions.

The most important project for transportation of crude oil was the Baku-Tbilisi-Ceyhan pipeline (BTC, 1768 km) which become operational in 2006 to carry Azerbaijani oil from the Azeri–Chirag–Gunashli (ACG) oil field in the Caspian Sea to the Mediterranean Sea onwards from its final destination in Turkey’s Ceyhan port.

BTC opened Azerbaijani oil sector for wider international economic cooperation. Considering the possibility of political pressures president Ilham Aliyev made big efforts for construction alternative routes for oil export as there were occasional interruptions in the oil transportation through the Baku-Supsa and Baku-Novorossiysk pipelines due to political and technical issues.

Therefore, BTC is the most secure and reliable project for Azerbaijan and it owns the greatest stake in the Azerbaijan’s oil export. Based on the financial reports of Azerbaijan’s State Oil Fund (2006-2016), the country earned more than $120 billion from the oil export through the BTC.

Over the past period, Azerbaijan has become not only a supplier but also a reliable transit country. Countries on the eastern shores of the Caspian Sea transport their hydrocarbon resources to international markets through Azerbaijan.

Azerbaijan has succeeded in creating a stable upstream oil and gas investment climate and has become an important and reliable oil and gas exporter. A major achievement of international significance is the recently completed Southern Gas Corridor (SGC) that supplies gas from Azerbaijan’s Shah Deniz 2 field to Europe through Turkey.

It will enable Azerbaijan to be regarded as a reliable supplier of hydrocarbon resources for the next 100 years. Azerbaijan aims to diversify its energy mix, which will positively impact its energy security and sustainable development.

Azerbaijan aims to transform itself into an “energy hub” exporting not only crude oil and natural gas but also electricity. The country already fully meets its domestic demand and exports electricity to neighboring countries.

President Ilham Aliyev’s far-sighted and wise policy, Azerbaijan has liberated its occupied territory. With the liberation of the territories of Azerbaijan occupied for almost 30 years, the country has begun the process of restoration and reconstruction of these territories.

At present, huge reconstruction works are being carried out in these territories, including the restoration of our historical, cultural and religious heritage, which was destroyed during the decades.

It provided new possible opportunities for companies of the Kingdom of Saudi Arabia to take part in the restoration and reconstruction process in the liberated territories of Azerbaijan. SHAHIN ABDULLAYEV Azerbaijan celebrates 104th anniversary of Independence Day PART II The author is Azerbaijan’s ambassador to Saudi Arabia. 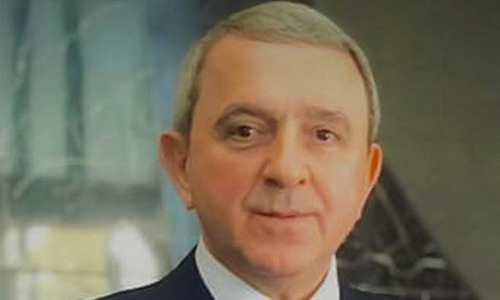