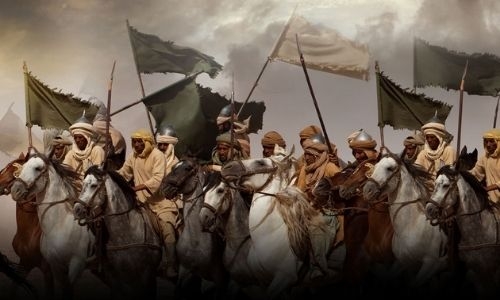 The Holy Month of Ramadan is more than a month of prayers with history showing the first generation of Islamic believers achieved great victories during this blessed month. The Battle of Badr is the first battle in the history of Islam after the migration of the Holy Prophet Muhammad and this battle laid the foundation of the Islamic State and made out of the believers a force to be reckoned with by the dwellers of the Arabic Peninsula.

At this battle in which the pagan (Kuffar) army consisted of 950 fighters and 313 (including the Messenger). The army was outnumbered and was poorly equipped. Eminent companions such as Abu Bakr, Umar, Ali, Hamza, Mus‘ab ibn ‘Umair, Az-Zubair bin Al-‘Awwam, Ammar ibn Yasir, and Abu Dharr al-Ghifari took part. At the beginning as per Arab custom, single combat (one to one) took place.

The famous Quraysh warriors Utbah, Shayba and Walid came to challenge three ‘Ansars’ from Madinah. The Quraysh refused to fight any of the ‘Ansars’, demanding their ‘equals’ and so the Prophet sent Ubayda, Hamza and Ali (may Allah be pleased with them).

The three Kuffar were killed (Ubayda was hurt). The Quraysh got disturbed and began attacking en-masse. In the thick of the battle, the Prophet prayed to Allah. Angels helped the believers achieve victory over the Quraysh who were better equipped in terms of weaponry, camels and war horses.

The enemies got frightened and began to retreat. The bravery and skill of the soldiers under the leadership of the Prophet Muhammad Seventy-two Kuffar in total were killed including their leader Abu Jahl. Ali ibn Abi Talib alone killed 36 of them. Fourteen soldiers were martyred. Seventy prisoners were taken by the Prophet Muhammad’s army. The prisoners were treated with kindness and some converted to Islam.