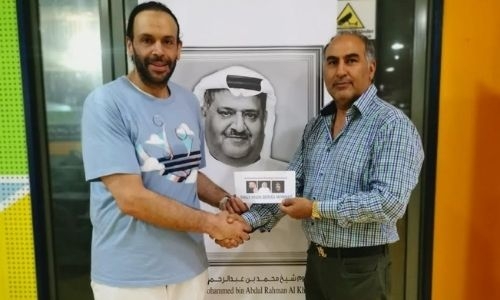 Yousef Falah posted the daily high series for the second successive day in Group A while Euly Salcedo was the top scorer in Group on day 22 of qualifying in the Funland Ramadan Bowling Tournament 2022, currently being played at Funland Centre’s lanes. Falah had a trial of 762 pins to come away with his group’s daily prize, while Salcedo followed with a 653 series.

Competitors in the tournament are being divided into two groups, with Group A for advanced bowlers and Group B for beginners and ladies. Contestants from both groups in this first phase attempt trials as much as they need, with the total pinfalls including handicap for their best three trials being considered. Each trial is composed of three games.

Qualifying action continues today as play in this stage of the championship is now in its final week. Falah’s 762 score was his best of the tournament as he continues to make a push for the leading qualifying positions in Group A. His two other top scores were 730 and 725 and he brought his total to 2,217 pins for a 246.3 average.

The Bahrain international bowling star climbed to third on the standings having leapfrogged Abdulrahman Al Kheliwi from Saudi Arabia. Things stayed unchanged amongst the top two, with Emerson Gotencio from the Philippines still in the lead with a 2,283 total and 253.7 average, and Bahraini talent Abdulla Abdulkarim following close behind with his 2,265 total and 251.7 average.

Making a big climb on the rankings was Prince Mohammed bin Sultan bin Saud bin Abdulaziz Al Saud from Saudi Arabia, who went from 26th to 11th after improving his total to 2,043 for a 227.0 average. His three best series were 711, 689 and 643. Meanwhile, Salcedo’s 653 trial was not among his three best of the competition, thus it did not count on his ranking in Group B. The Filipino bowler still occupied first place, boasting a total of 2,005 with a 222.8 average.