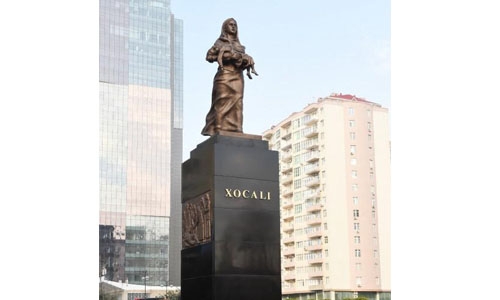 29 years passed since the Khojaly genocide, one of the bloodiest chapters of Azerbaijan’s history.

Events in Khojaly town in Nagorno-Karabakh region of Azerbaijan, on the night of February 25-26, 1992, was one of the worst tragedies of the 20th century.

Apart from the strategic objectives, Armenian aggressors wanted to destroy Khojaly as a settlement that reflects the historical and cultural heritage of the Azerbaijani population. Armenian armed forces and mercenary units gave no qualms about the people of Khojaly, who had not managed to leave the city.

Official figures prove that as a result of the genocidal act in Khojaly 613 people were killed, including 106 women, 63 children and 70 elderly.

As a result of the massacre, 8 families were annihilated, 56 people were tortured to death, 27 families had only one surviving member, 25 children lost both parents, 130 children lost one parent, 230 families lost the breadwinner, 487 people became disabled, including 76 minors, 1,275 people were taken hostage, 1,165 people were released from captivity, the fate of 150 people is still unknown.

The massacre in Khojaly was nothing less than criminal ethnic cleansing, a precursor of other similar crimes.

The lawyers of the international organisation Human Rights Watch have classified the tragedy in Khojaly as a “massacre”, and the bloodbath among the civilian population as a war crime.

The Khojaly massacre matters because those civilians were in the process of fleeing their homes when they were killed.

They had been warned of the consequence of staying, and they had been offered a safe corridor out.

However, that promised safe passage turned into the killing fields of Khojaly.

It also matters because of the manner of the deaths of those 613.

The fact that this was the biggest death toll in any one day of the conflict is obviously important, but it was the hideous nature of the attacks which made Khojaly the symbol of the more than thirty thousand people, who died between 1988 and 1994.

The Khojaly massacre matters most of all because the man who proudly boasted about the ‘strategic’ significance of this brutal attack, later become the President of Armenia.

As reported by the British scholar and writer, Thomas de Waal in his acclaimed book Black Garden on the Armenian-Azerbaijani conflict, the current Armenian President Serzh Sargsyan, who was at the time one of the commanders of the ethnic Armenian forces, said: “Before Khojaly, the Azerbaijanis thought that we were joking with them, they thought that the Armenians were people who could not raise their hand against the civilian population.

We were able to break that [stereotype] and that’s what happened.”

The Khojaly massacre and other war crimes, crimes against humanity and genocide committed by Armenia in the course of the aggression against Azerbaijan constitute a serious violation of international humanitarian law, in particular Convention on the Prevention and Punishment of the Crime of Genocide, the International Covenant on Civil and Political Rights, the Convention against Torture, Declaration on the Protection of Women and Children in Emergency and Armed Conflict and so on.

The important role in international recognition of the Khojaly tragedy as the genocide was played by the “Justice for Khojaly” international campaign.

To bring the truth about the Khojaly genocide to the world community and to secure political and legal assessment of this bloody crime internationally Ms Leyla Aliyeva, Vice-President of the Heydar Aliyev Foundation, initiated on 8 May 2008 the International Awareness Campaign under the motto of “Justice for Khojaly”.

To date, more than 120,000 people and 115 organizations have joined this campaign, which functions successfully in dozens of countries.

As a result of efforts to increase the international awareness of the Khojaly genocide, national legislative bodies of more than 15 countries, as well as executive and legislative bodies of more than 20 US states, adopted several resolutions and declarations on condemning in strongest terms the massacre of the civilian population in Khojaly and recognizing the tragedy of Khojaly as an act of genocide and crime against humanity.

Reports, photos and footage taken by Western journalists, such as Anatol Lieven (The Times) and Thomas Goltz (Washington Post) at the scene of the massacre, shed light on this war crime. Those killed were subjected to atrocities unimaginable in a civilized society.

Coverage of the Khojaly massacre by the renowned international media like The Washington Times, The New York Times, The Boston Globe, The Guardian, The Independent newspapers, Time and Newsweek magazines constitute a testimony to those bloody days.

By telling the world the truth about Khojaly the Azerbaijani state does not intend to inculcate hostile sentiments against the Armenian people.

They want the world community to know those criminals, who were representatives of the Armenian people and stayed in power for a long time.

The Azerbaijani people want to convey the essence of the acts committed by them so that such bloody tragedies will not recur.

They demand, Justice for Khojaly. Today, the souls of martyrs of the Khojaly Genocide have found peace.

As under the leadership of the Victorious Supreme Commander-in-Chief, the brave Army of Azerbaijan liberated our territories from occupation, and the territorial integrity of Azerbaijan is restored.

Independence, sovereignty and territorial integrity of Azerbaijan will be strengthened, and those who question these supreme principles forming the basis of statehood, and those who promote the revanchist ideas, will be faced with the proper response, and all necessary steps will be taken to bring to justice those responsible for various crimes against the People and the State of Azerbaijan.

(The author Shahin Abdullayev is Azerbaijan's ambassador to Saudi Arabia) 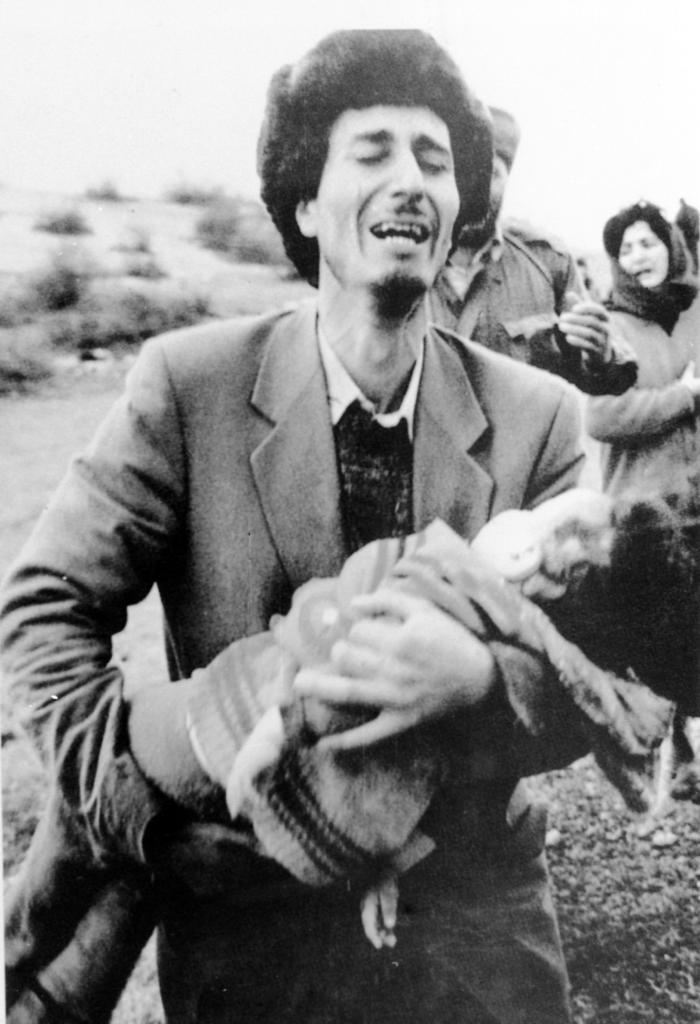 The Khojaly massacre and other war crimes, crimes against humanity and genocide committed by Armenia in the course of the aggression against Azerbaijan constitute a serious violation of international humanitarian law 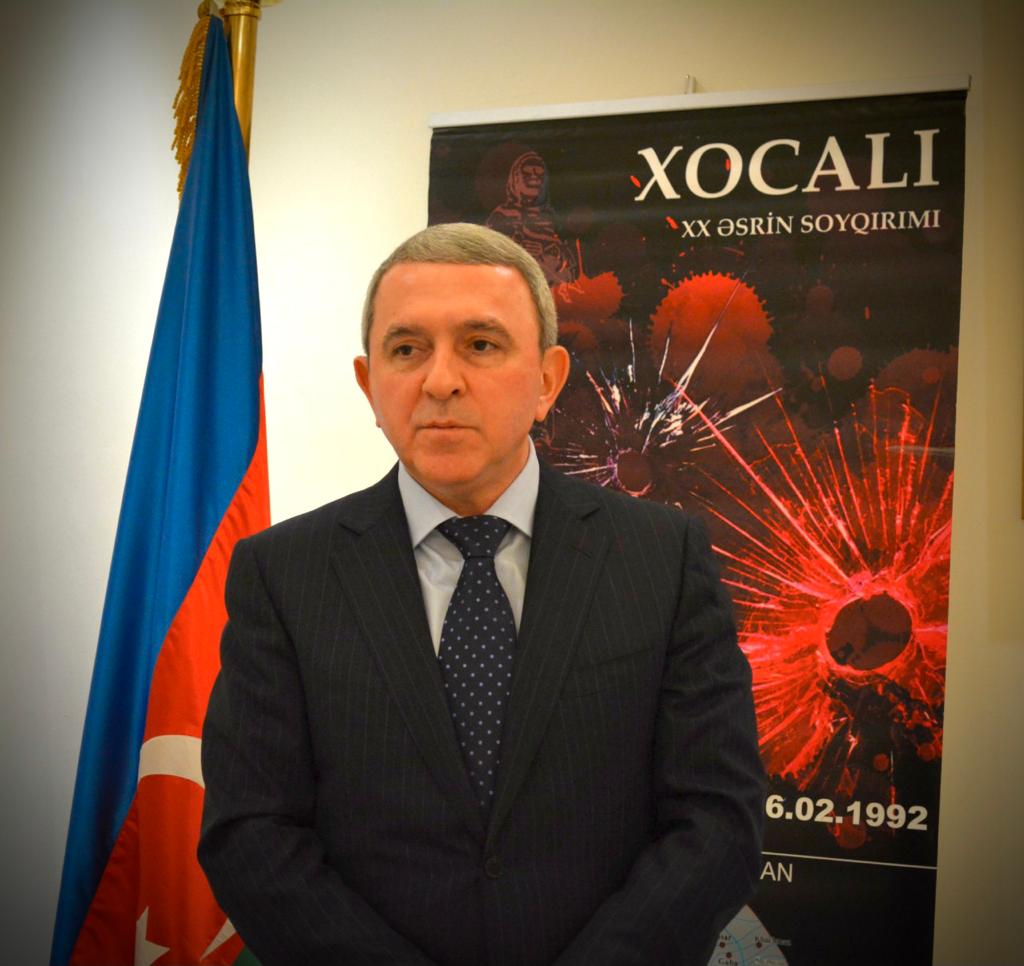