As the world tiptoes towards the Fourth Industrial Revolution, Dubai is embracing AI | THE DAILY TRIBUNE | KINGDOM OF BAHRAIN 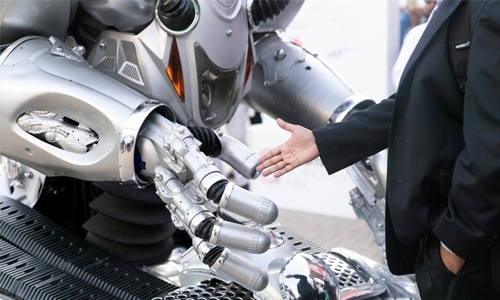 The world is racing towards the future. Technologies that once seemed futuristic or even exaggerated are now real and increasingly commonplace. Experts have begun referring to our present era as the Fourth Industrial Revolution, which has built on its predecessors to, once again, propel human civilisation forward. This revolution, however, is powered not by steam but by smart technologies, most notable among which is, perhaps, artificial intelligence, or AI. The staple antagonist of many sci-fi classics, AI has not only become a reality but also stands to drastically improve all of our lives across numerous industry sectors.

Artificial intelligence is gathering momentum around the world. A recent study by accountancy firm PricewaterhouseCoopers estimated that artificial intelligence will contribute up to $15.7 trillion to the global economy in 2030 – more than the current output of China and India combined. Another study by the Economist Intelligence Unit and Google looked at the national economy in the UAE, predicting that AI would contribute $122 billion to the nation’s GDP by 2030. The UAE, I am proud to say, has long led the region in terms of embracing and deploying emerging technologies across the nation.

In October 2017, Sheikh Mohammed bin Rashid, Vice President and Prime Minister of the UAE and Ruler of Dubai, announced the National Artificial Intelligence Strategy 2031, appointing Omar Al Olama as the Minister of State for Artificial Intelligence and making the UAE the first country in the world to have a minister dedicated to the development of this particular technology. The strategy aims to make the UAE a fast adopter of emerging AI technologies across government entities, create policies and legislation for fair and ethical AI development and attract top talent to experiment and work in a sophisticated and secure ecosystem.

There is a vision of making the UAE a world leader in AI by 2031, creating new economic and social opportunities for residents, visitors, governments and businesses. The UAE also recently hosted the AI Everything summit, the world’s largest conference focusing on AI, where experts, decision-makers, government officials, business leaders and entrepreneurs gathered to find the ideal formula to work together and launch initiatives, research and development projects, and partnerships with AI at their core. Artificial intelligence has grown into a vast sector of its own, expanding at staggering speeds and redesigning our everyday life as it automates one activity after another and lays the groundwork for even more breakthroughs and services in the not-so-distant future.

As the government entity tasked with making Dubai the happiest city on Earth, Smart Dubai’s mission is to promote the use of technology to maximise human benefit and happiness – and in alignment with the goals of the national strategy, one of the emerging technologies we are working with is, without a doubt, artificial intelligence. In 2017, Smart Dubai launched the city’s AI lab to identify and develop cases for implementation across all industry sectors in Dubai. Throughout last year, we ran 20 workshops identifying more than 100 possible uses of AI within Dubai government. Today, 43 shortlisted cases are being built into concepts and pilots in partnership, with other Dubai government entities.

These examples cross all aspects of city services, from police and security to land development, education and environmental services. Progressing through to development of these initiatives, we realised that, in a city like Dubai, which consists of people from more than 200 different nationalities and ethnicities, we needed to ensure that any AI application being developed in the city was completely ethical for all residents and visitors. With that in mind, in January this year Smart Dubai launched the city’s official principles and guidelines for an ethical implementation of AI.

We believe we are the first city to set out such a voluntary approach that will help businesses and government create fair, interpretable, accountable and ultimately trusted systems that manage the tension between innovation potential and societal values. We also recently launched our AI ethics board, made up of leaders from the technology industry, academia, and government policy experts and practitioners. In an environment where no single profession holds all the answers, the board is overseeing the future development of our AI guidelines and toolkit, as well as considering how we enable regulation in the future.

In short, to simply say Dubai is “on board” with AI and the Fourth Industrial Revolution is an understatement. The emirate has gone far beyond that, embracing the technology while the rest of the world approached it extremely cautiously. The leadership granted infinite support and encouragement to government and private entities alike – going so far as to actively attract promising AI experts and start-ups from abroad – to establish a robust infrastructure and ecosystem that would allow the artificial intelligence sector to thrive here.

I feel proud and incredibly fortunate to be part of such a forward-thinking administration. Smart Dubai’s vision for the emirate goes beyond embracing technology and strives, instead, to stand out in how we use it to maximise human benefit and spread happiness. Today we are confidently on our way to making Dubai a global benchmark for the development and implementation of emerging technologies.