Prince Harry, Meghan’s US home up for sale for $33.5m | THE DAILY TRIBUNE | KINGDOM OF BAHRAIN 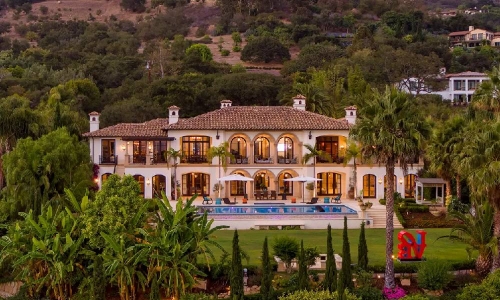 If you got a chance to watch Prince Harry and Meghan Markle’s bombshell series, you must have noticed their stunning California home.

A report said that the couple’s house – where they do not live any longer – is now up for sale for $33.5 million. The property is owned by a businessman named Mark Schulhof, who bought the house in 2013 for $14.6 million, celebrity.land reported adding that the house has lavish amenities and is set on over 2 acres of landscaped grounds with ocean view, six bedrooms, gym, theatre, bar, game room, meditation room and a pool.

The house also has a five-car garage and various technological perks that include a generator, solar power and a greywater irrigation system in addition to a spacious dining room with a silver-leaf ceiling and several sculptures, the report said.

The house was built in 2006 and the architecture has been done by Don Nulty and J.F. Brennan while the interiors by Natasha Baradaran, the report claimed. The 12,804 square-feet home had hit the market almost an year and a half ago.

It is being marketed by Ryan Malmsten of Santa Barbara Brokers and Riskin Partners Group at Village Properties, the report said. However, Meghan Markle and Prince Harry don’t live in the house but own another property in Montecito, which cost them nearly $15 million. In the documentary series, Meghan Markle even revealed that she miscarried her second child the morning after moving in the Montecito house.